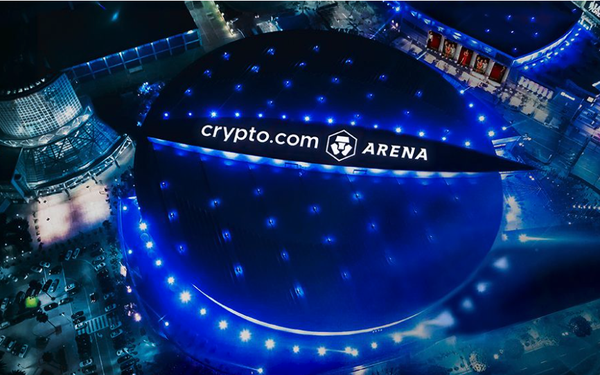 Under the 20-year naming rights deal -- struck with AEG, the owner-operator of the Staples Center -- the venue will be called the Crypto.com Arena as of December 25, with a new logo and other brand attributes.

The company says official branding will be placed in all venues and areas of the Staples Center, including the main arena, as well as L.A. Live, the Microsoft Theater and The Novo.

The location has been the longtime home of the NBA’s Los Angeles Lakers and Los Angeles Clippers, the NHL’s Los Angeles Kings, and WNBA's Los Angeles Sparks. Staples Center, a 20,000-seat venue, started operations in 1999.

Crypto.com, which began in 2016, has other sports brand association partnerships with UFC and F1 Formula One racing.

It also has sponsorship deals with a number of professional sports teams, including the NBA’s Philadelphia 76ers, NHL’s Montreal Canadiens, and the European football club, Paris Saint-Germain.

Crypto.com kicked off an aggressive TV campaign featuring Damon at the beginning of November. National TV advertising spending has been estimated at $9 million to date, coming from 188 commercial airings that produced 172.9 million impressions, according to iSpot.tv.

Other cryptocurrency brands have ramped up marketing, specifically TV advertising campaigns in and around sports events.