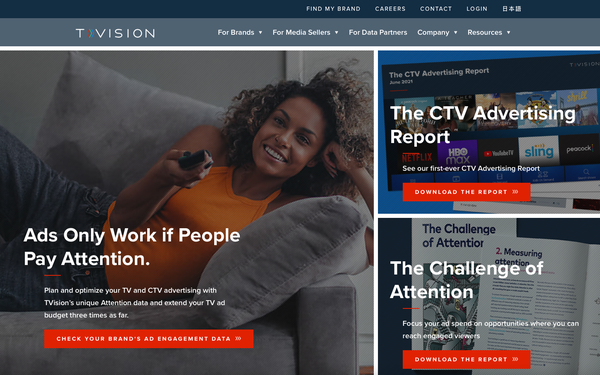 Nielsen has filed two separate lawsuits against TVision and HyphaMetrics for patent infringements.

Among other concerns, Nielsen claims the technology from HyphaMetrics -- a media data supplier that determines whether a device or smart TV is on or off --is infringing on Nielsen, since it can turn off Nielsen’s in-home meter system.

Nielsen says this infringes on its '994 patent, with regard to “excessive or insufficient power consumption of audience measurement meters.”

Separately, Nielsen also filed a suit against TVision, which it claims is infringing on two patents, in connection with TVision’s “eyes on the screen” technology that TVision uses for TV measurement.

Nielsen says its “... ’189 Patent relates to, among other things, methods, systems and apparatuses for capturing images of the area in front of the television and analyzing those images to determine the number of people present.” Nielsen was given its patent in April 2015.

It adds: “...such methods, systems, and apparatuses attempt to recognize objects in those images, such as body parts, using, for example, face detection.”

The second patent that Nielsen obtained in October 2012 --- the ’120 Patent, entitled “Methods and Apparatus to Monitor Advertisement Exposure” -- is used in “... correlating presentation of media content on a media content presentation device with activity on a different computing device."

Nielsen says in the complaint: “with its webcam, the defendant's technology captures head-shot images of panelists, determines which panelists are in the room, and determines when the panelists’ eyes are looking at the TV screen.”

Also, it says TVision’s “infringing technology relies on more than an optical camera,” and that its data can offer cross-platform insights through other companies such as Data Plus Math.

TVision statement to Television News Daily said: "This suit is without merit. We will vigorously defend ourselves, but we will not lose sight of our mission to bring TV and CTV into the future with more transparent and accurate person-level engagement data."

HyphaMetrics representatives had no comment in response to TVND's inquiries.