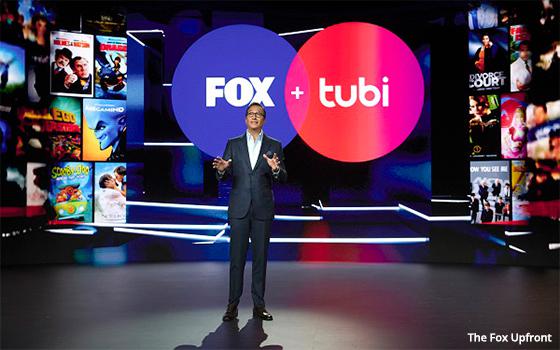 After nearly two years of COVID-19 pandemic disruptions, Fox is returning to a live, in-person TV upfront event for advertisers on May 16 -- for the first time since 2019.

The event, which will be at the Skylight on Vesey in New York City, will be “reimagined” to include entertainment, sports, news and streaming content.

Marianne Gambelli, president of advertising sales of Fox, said in a release that this year’s effort will focus on measurement, creativity and innovation issues that are key to TV advertisers.

Also in March, in Los Angeles on the Fox lot, the network will stage a more targeted event focused on content -- “Content Drives Commerce Brand Partnership Summit” -- offering an early look at its entire portfolio for its traditional and newer digital platforms.

In addition, Fox will participate in the IAB’s 2022 NewFronts, with an event taking place the week of May 2. It will feature Tubi, its ad-supported video-on-demand (AVOD) service.

During the last two years, due to pandemic issues, Fox and other major TV-based media companies offered up virtual advertising-focused TV upfront events.

In early March 2020 -- the start of the pandemic -- all major TV networks began canceling plans for in-person upfront advertising meetings.

For years, upfront TV advertising events have prepped advertising and media agency executives with previews and business advertising information about the programming for the TV season that begins in September and runs through August of the following year.