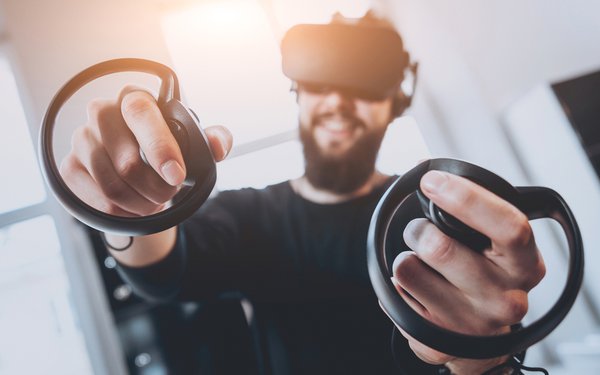 Over the five weeks between Thanksgiving and Christmas, sales of virtual reality (VR) and augmented reality (AR) hardware accessories such as Meta’s Oculus headsets more than doubled in unit and dollar sales, according to global market information company The NPD Group.

Based on NPD’s weekly retail tracking service, growth increased over the course of 2021 -- up 163% in unit sales, and 137% in revenue compared to the previous year.

Ben Arnold, executive director and technology industry analyst for NPD, believes that consumers are looking for unique entertainment experiences, especially when gaming. Arnold added: “The metaverse, VR/AR, and smart glasses will be areas to watch in 2022.”

However, rapid growth in the purchasing of VR/AR accessories has raised some concerns over data-collection practices. Targeting user content based on facial movements may negatively impact user privacy and safety.

There are already privacy lawsuits facing Meta –– the current leader in AR/VR technology –– that have amassed over the past few years.

This past Friday, U.S Circuit Judge Lucy Koh in San Jose, California ruled that consumers can proceed with a claim that the tech giant acquired and kept monopoly power in the social media markets by misrepresenting its privacy practices.

Members of the Thematic Research Team at GlobalData, an analytics company, released a statement on Tuesday highlighting Meta’s newest series of patented technologies, all of which use biometric data to power what the user sees.

“These patent applications indicate that Meta has not learned its lesson, having been accused previously of storing users’ biometric data without permission,” says Emma Taylor, associate analyst at GlobalData. “It is likely that the same issues surrounding data privacy from existing social media platforms will be extended, or even exacerbated, in the metaverse.”

A second associate analyst at GlobalData, Sarah Coop, said “Facebook is primarily an ad-tech business, so it is unsurprising that hyper-targeted content is the focus for its future metaverse platform.”

According to GlobalData, social media influencers have been “highly concerned” about issues of data privacy since Facebook’s name change at the end of October.

When Facebook became Meta, they announced a $10 billion investment to the metaverse over the course of this year. And according to GlobalData, AR will generate revenues of $152 billion by 2030 -- up from $7 billion in 2020.