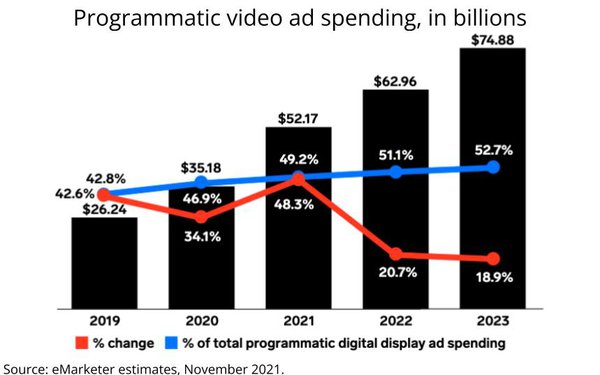 Video advertising is poised to become the dominant format in the programmatic digital display marketplace this year, according to new estimates released by eMarketer.

"Part of the reason our programmatic CTV forecast is so high is because we include YouTube in our CTV definition, and nearly all of YouTube’s advertising is sold through automation."

As a result, video is now the dominant programmatic digital display format, and is projected to rise at healthy double-digit increases over the next two years (see chart above).