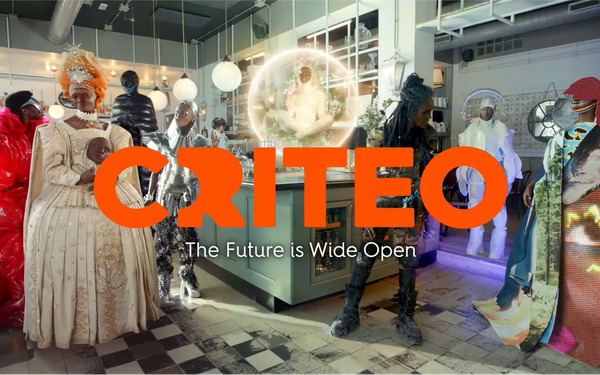 Criteo is on a mission to educate consumers about the future of the internet, so it's taking the message to Super Bowl LVI.

The company is not only a first-time Super Bowl advertiser, but it's the first time taking the message directly to consumers, Brendan McCarthy, Criteo CMO, told Search & Performance Marketing Daily in an email.

“We want consumers to imagine a future where data creates better experiences and where we can connect on our own terms,” McCarthy wrote. “After all, we are all consumers, and we should all have choices that lead to richer experiences on the open internet.”

“We’re at a pivotal crossroads in the evolution of the internet,” McCarthy wrote. “I know the open internet isn’t a topic that’s discussed on a daily basis, but it’s something we all, as consumers, experience as we browse and make choices.”

The spot will air in the New York City, Chicago, and San Francisco markets during NBC’s broadcast of the Super Bowl. Each are slightly different, based on the market.

Criteo partnered with Believe for production and Technology, Humans and Taste [THAT] to develop the creative.

In the spot, a woman walks into a bistro for coffee and comes across herself in various stages in the future. “Everyone will try and tell you what the future holds,” the narrator says. “Criteo is creating an open internet where you can choose what’s best for you.”

The spot has an interesting way of demonstrating what someone’s future self would be like based on the different decisions made today. During the spot there are many questions left unanswered. For example, the viewer never discovers what the woman in the spot holding a mobile phone clicks on. It leaves the viewer with a simple message that with Criteo the future is wide open.

The call to action prompts the viewer to join Criteo in learning more about how the open internet and how it will impact them. The spot sends them to an interactive microsite aimed at educating consumers.

How did the message for the Super Bowl spot originate? “Our entire business is driven by giving consumers more choices online, so we can see further into the future than competitors and have a better understanding of where we're going,” McCarthy explains.