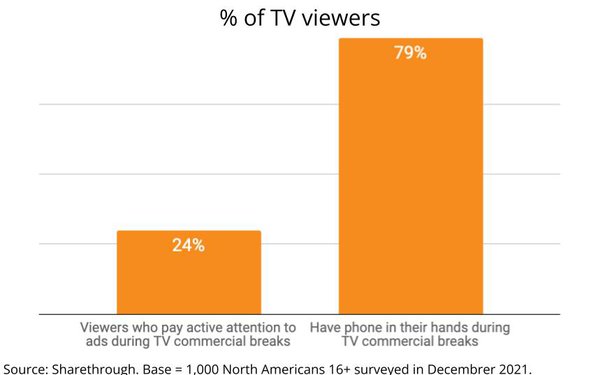 The biggest winner coming out of Sunday's Super Ad Bowl wasn't Coinbase, it was mobile-enabled QR codes. Coinbase's spot in the Big Game just demonstrated the power of using mobile devices as a backchannel to a real-time TV advertising experience so powerful that it crashed Coinbase's servers and generated much of the post-Super Bowl advertising buzz for the past several days.

It also demonstrated that decades after they were first introduced, but rarely ever actually worked, QR codes in TV commercials sure as heck work today.

This is good news for both mobile and TV, because it means they have matured as complementary advertising media.

Now mobile devices can seamlessly drive traffic from TV to the web, assuming they incorporate the right creative, call-to-action, or whatever Big Idea advertisers and their agencies can think of. Even if it's just a slow-moving, Pong-like retro screen experience.

I guarantee you that creative directors, strategy teams and media gurus up and down Madison Avenue have taken notice and are whiteboarding QR code integrations even as I write this -- specially when you consider there is no additional cost to integrate a QR code into TV commercials, other than the cost of coming up with good ideas for using them.

So I wasn't surprised to see a pitch this morning from programmatic ad exchange Sharethrough for its new "dynamic" QR code feature for CTV (connected TV) ads, citing some new research to reinforce the value of using them.

The research, which is based on a survey of TV viewers conducted last December, found that only 24% of viewers pay "active attention" to ads during TV commercial breaks, but 79% of them have their mobile phone in their hands. Seem like an opportunity waiting to happen? Well, it was exactly those findings that led Sharethrough to develop the new format.

“Respondents expressed their receptiveness to QR codes," Chief Product Officer Curt Larson said of the new format's lightbulb moment. "Tapping into the use of that second screen can provide advertisers with the opportunity to keep viewers' attention and resonate with them, resulting in greater ROI and more successful advertisements.”

Even more compelling for advertisers and agencies developing -- or thinking of developing -- QR code TV executions, Sharethrough's research found that using one boosts attention paid to TV commercials by 12%.

That's a big lift for a little code.