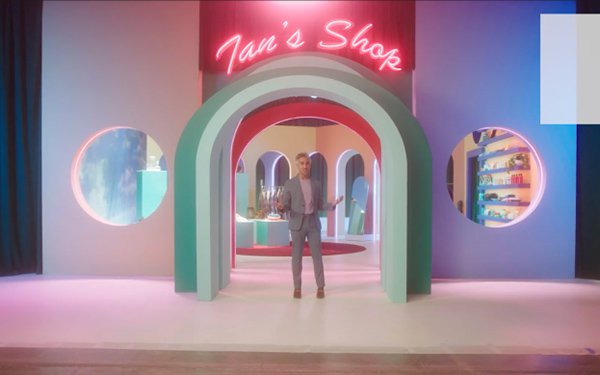 Pinterest in 2021 surpassed $2 billion in revenue for the first time. The company continues to make investments in the way site visitors search for and buy products shared by other consumers and highlighted by brands.

This year the company will focus on furthering investments to grow an “inspired content and shopping ecosystem” that allows advertisers to personalize experiences through advertising products and research.

During its second annual global advertiser summit, Pinterest Presents, the company announced Thursday that it will soon launch Idea Ads, an Idea Pin that has been created and promoted by a business.

Idea Ads include a destination URL and the ability to follow a business account. Idea Ads -- now in beta -- will be combined with a paid partnership, to produce creator-produced content that has been promoted by a business.

With the paid-partnership tool, creators can tag products in a site visitor’s Idea Pin and disclose a paid partnership. Beginning later this year, Pinterest will make it possible to promote those Pins as Idea Ads.

“These two new formats give advertisers a completely new way to engage, inspire, and influence the Pinterest audience,” Elizabeth Mansfield, head of Americas and APAC business marketing at Pinterest, wrote in an email to Search & Performance Marketing Daily.

The formats — Idea Pin and Idea Ads — aim to make it easier for brands to build on their own ideas, engage an influential creator, and be noticed with new ad products that are more immersive, she said.

One of the more interesting concepts detailed today is how inspiration turns into a purchase.

Mansfield believes this concept helps increase traffic on the platform. Company analysis shows that 97% of the top searches on Pinterest are unbranded. People use the platform to search for new ideas.

When asked what type of images inspire consumers the most, Mansfield explains how Pinterest marketers worked with a team of academics and researchers to identify the five dimensions of inspiration that helps consumers identify with an image or video posted to the site.

“It should be visually appealing, original, relevant, positive and actionable,” she said. “We delve deeper into each of these dimensions on our business site, but the key takeaway is that the best Pins inspire people to try new ideas or items.”

The marketing teams talks a lot about how to inspire people. The questions range from how can the "inspirational nature of the platform drive positive ROI for advertisers," to what she calls driving "return on inspiration."

“We recently dug into this with Nielsen, and the results showed that inspiration isn’t just about envisioning new possibilities,” she said. “When people feel inspired, they’re also more likely to take action.”

Conversions differ depending on the type of purchase. When someone searches for a couch, the shopping journey looks much different than if they look for a lipstick.

While one number doesn’t paint the picture of how consumers transition from idea to purchase, data shows that 84% of people who come to the site to share pins weekly use Pinterest when they’re actively considering products and services to purchase, but are undecided on the specific brand. Some 83% have made a purchase based on content they see from a brand on Pinterest.

Pinterest also added a concept it calls value-based shopping, which through advertising and messaging guides visitors to brands that share the consumers interests.

Pinterest also introduced Checkout, a tool that will allow people to complete an entire purchase on Pinterest without leaving the app.

Your Shop, which will become a new place to shop on Pinterest later this year, is running in beta in the United States. Pinterest describes it as a “personal shopping concierge, powered by a taste-driven algorithm.”

Algorithms and first-party data will enable Pinterest to customize the content served up for each visitor. The content from creators and brands will be based on the site visitor’s unique preferences and styles.

And Checkout will expand to more Shopify merchants. It allows shoppers to make a purchase without leaving Pinterest. Checkout is now available in beta for select Shopify merchants in the U.S. and will soon expand globally.