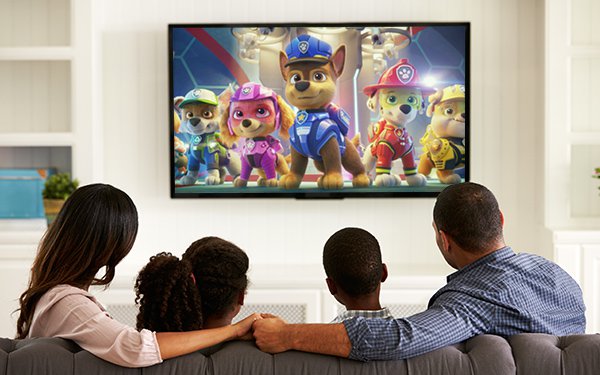 Connected TV (CTV) does better than linear TV when it comes to co-viewing, according to new research from TVision, a TV measurement company.

These results come from a study conducted from June-December 2021, looking at co-viewing time spent.

For marketers, co-viewing remains of high value -- especially where families with both kids and adults are watching at the same time, and messaging can be extended across many demographics.

According to the research, the best time for co-viewing is 8 p.m.

Who is watching the advertising while co-viewing? Adult audiences pay more attention to ads overall when they are watching with other adults -- with a 107.6 "attention index." When adults are watching with kids, they register a 100.1 index.

Every time a person walks into the room, its technology detects who the viewer is, where they are in the room, and what their eyes are looking at.

TVision’s data is collected from an opt-in panel of 5,000 homes across the U.S. Data are weighted to represent the country.

All demographic data is self-reported by the respondents.

TVision defines the co-viewing rate as the measure of episode or app viewed that occurs with another viewer present for five or more minutes.

The attention index is the average amount of seconds that viewers engage with a program.

Viewers Per Viewing Household (VPVH) is the average number of viewers present in the home when the TV is on with the content tuned.