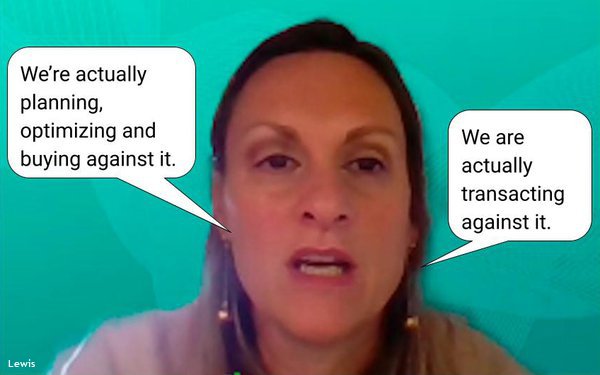 Dentsu International has quietly begun to integrate so-called attention metrics into both its media planning and buying systems and has begun transacting media buys based on it, the agency’s Chief Investment Officer disclosed during an Advertising Research Foundation panel discussion on Wednesday.

“Yes, we’ve tested. Yes, we’ve seen the results -- but now we’re actually planning, optimizing and buying against it,” Cara Lewis said during the panel discussing the role of attention metrics during the ARF’s Audiencexscience conference.

Lewis said the deployment follows “three-plus years” of testing attention metrics from more than a dozen suppliers “across different platforms and devices.”

She said the agency has already integrated the data into “a tool that we plan against,” and has been working with clients on a “brand-by-brand basis” to deploy it into actual media buys.

While she did not disclose the names of specific media suppliers that Dentsu has begun making attention-based media buys with, she said the agency is “actually transacting against it” in “the linear space.”

She specifically singled out out-of-home media suppliers and said Dentsu is working with them to figure out “how do we push attention in out-of-home?”

The disclosure came during a panel discussion featuring a data presentation from a Meta research executive showing the company’s studies on attention across different Facebook formats and user devices.