My Great Peel Back And Replacement Theory 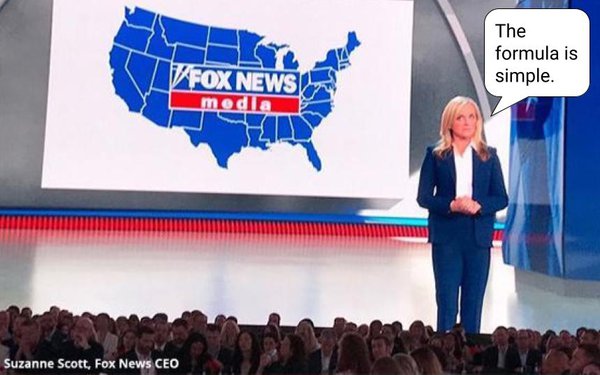 As far as replacement theories go, I’m going to postulate one that could go a long way toward preventing the spread of hateful information fueling the kind of anger that has contributed to racist White Supremacist terrorism. I call it a “peel back and replacement theory,” which utilizes and old school media planning term for scaling back institutionalized ad spending in one medium or media outlet and replacing it with media options that will lead to better outcomes.

Normally, it’s used to optimize outcomes like target audience reach, brand awareness or sales lift, but my version seeks to generate a better return on a sane, peaceful and democratic nation.

All advertisers and their agencies need do is peel back their ad spending on media outlets proven to spread anger and hate – especially in prime-time – and replace it with news outlets that focus on information that unifies us and makes us a stronger, healthier and safer place.

Obviously, your ad dollars will only go so far, because some media – especially cable TV news outlets that derive much of their revenue from subscriber fees – may not be as dependent on your ad budgets as you may think. But they are a hell of a lot more dependent than Facebook proved to be the last time major brands chose to send it a message by boycotting it for a short while.

The truth is the ad industry can only go so far in influencing what kind of toxic content is spread by media, because as we’ve learned all too well, social media – especially a long-tail of new and emerging social media apps – have become big culprits for people looking to organize and spread hateful speech.

But that shouldn't stop you from trying.

So as you finalize your plans for investing in media outlets for the 2022-23, I would urge you to consider peeling back on those that divide and replacing it with the ones that unite us.