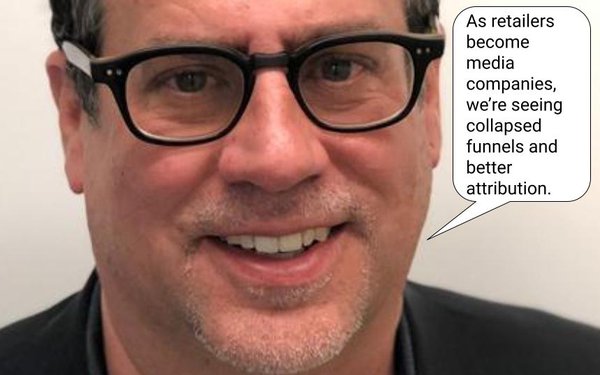 If you had asked me a couple of years ago what the most dynamic ad-supported medium would be coming out of a global pandemic, retail would not have been the first thing to come to mind. But that’s because I was probably still thinking of retail media as mostly being the brick-and-mortar kind -- requiring consumers to be physically present in stores in oder to be reached and persuaded by brands targeting them in the “last 10 yards,” or what CPG marketers like Procter & Gamble sometimes call “the moment of truth.”

The truth is, that moment increasingly occurs in the digital retail channel 00  or what the burgeoning retail media marketplace calls “omnichannel” -- which nonetheless is code for digital.

In recent weeks we have seen the rollout of new digital media networks by Marriott Hotels, and the Ulta Beauty chain, which have put almost all their emphasis on virtual retail -- not the brick-and-mortar kind.

While the Marriott Media Network, for example, does include place-based media -- including in-room TV and various screens located throughout their hotels and resorts -- they are digital out-of-home ones and they are interconnected into an omnichannel array of Marriott-owned digital channels, including display, mobile, video and email. Perhaps most telling of all, the new Marriott Media Network is powered by Yahoo’s SSP (supply-side platform), so it’s also mostly a programmatic digital play.

When you look at the numbers -- specifically, the margins -- behind the burgeoning retail media marketplace, it’s east to understand why physical retail and location-based chains are increasingly entering it.

In fact, Boston Consulting Group recently described it as a “$100 billion high-margin annual revenue prize,” citing margins as high as 80%, which compares with typical in-store martins of “10% to 20%.”

In fact, that was how Horizon Media’s Night Markets pitched journalists last week to cover this week’s “Third Annual eCommFronts," which the retail specialist shop will host virtually on Tuesday and Wednesday.

“Undoubtedly, the world of retail media is dramatically changing – as retailers become media companies, we’re seeing collapsed funnels and better attribution,” said Night Market President Randy Browning, noted in the pitch, emphasizing: “This year's eCommFronts takes that next frontier of the intersection of eCommerce and media head-on, exploring non-endemics, programmatic, audiences and beyond.”