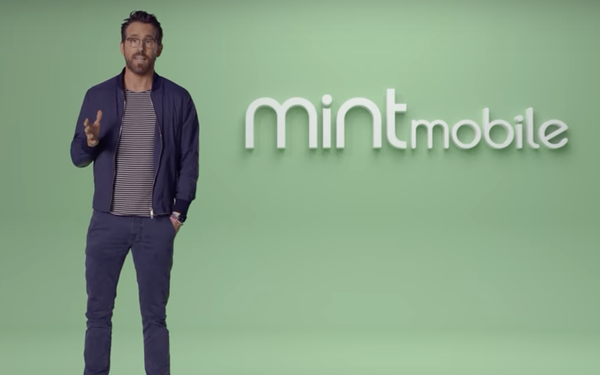 The ubiquitous Ryan Reynolds stars in a new ad for his company Mint Mobile.

Kudos to Reynolds for mentioning inflation, a top-of-mind issue that few other brands evoke in their advertising. Here, Reynolds announces that Mint is cutting its prices because of inflation. The move comes as Verizon Wireless and AT&T have recently raised their prices and T-Mobile raised fees earlier this year, according to Bloomberg.

Of course, doing the opposite of what established brands do is exactly the role of challenger brands like Mint Mobile. But Mint Mobile’s brand relies on self-conscious marketing in quotes. So Reynolds actually uses finger quotes in the ad and ends the ad with a shot of an angry goat just to differentiate Mint further from the competition.

Reynolds is playing a tricky game. He bought the company in 2019 after being a customer. But as Mint risks its reputation as a Hollywood actor’s plaything, Reynolds is stepping in to show he knows your preconceived notions, but he’s plunging ahead anyway.