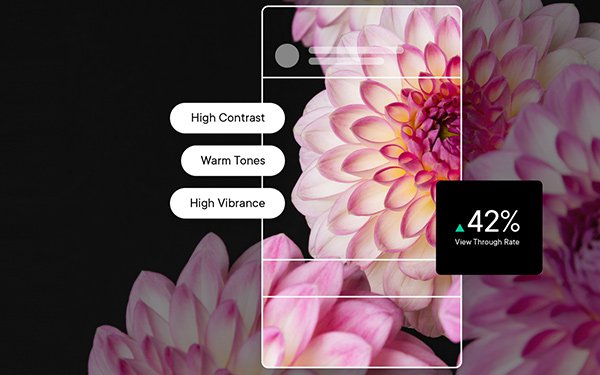 Color is an important aspect of brand identity, and data from a VidMob study shows it is key to understanding relevant features of a video and how viewers interpret a company's ads.

Various approaches to hue, contrast, and exposure will yield different results with engagement, so continual testing of ads, packaging and websites is essential.

In a year-long study, VidMob looked closely at the performance of 5,019,094 video ads on Facebook and Instagram. The company then reviewed the data for conclusions about the role of color in video ad performance.

The study began with three questions about the use of color in creatives and whether -- or how -- it impacts campaign performance relative to campaign objectives.

As the data suggests, and as creatives know, the tones and hues of colors used in advertisements are key to the success of the design and the performance of the product. Google frequently tests colors in both Search and Gmail.

The Role of Color in Creative Campaigns study looks at the 3-second View Through Rate (VTR), Click Through Rate (CTR) and Purchase Rate. Color plays a significant role in campaign performance with three notable differences.

Color temperature did not yield any noticeable changes in overall 3-second VTRs, a close look at the data showed a 60% different in performance for beauty campaigns that features ads with cooler colors.

Personal-care campaigns had a different result, with warmer ads leading to 40% increase in performance compared with campaigns that used cool tones in the creative.

Depending on ad placement (Feed and Stories), color contrast can lead to significant campaign lift at the category level. Personal Care ads with a higher contrast stood out in Stories. They were seen to drive 63% lift in campaign view rates compared with ads with lower contrast.

Colors with a high degree of vibrance lifted campaign conversion rates across both categories, up 38% when compared to love vibrancy. Ad copy that moderately stood out from the background led to a 40% lift in campaign engagement rates.