Google Pressures Apple With 'Get The Message' Campaign 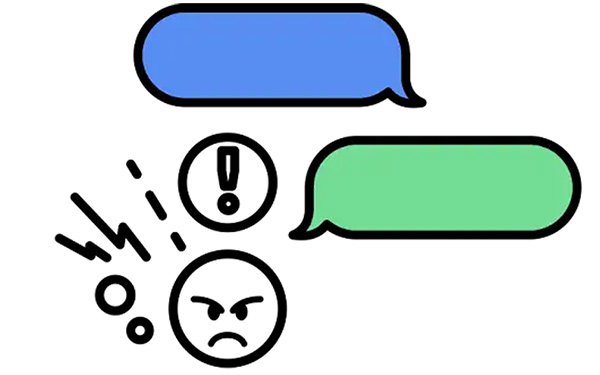 Google called out Apple in an advertising campaign, Get The Message -- putting pressure on the company for not adopting Rich Communication Services (RCS) on the iPhone.

RCS is a cross-platform messaging protocol intended to replace SMS/MMS with several technical advancements -- and to improve the messaging experience between Android and iOS users.

Google launched a Get The Message website with a headline that reads "It’s time for Apple to fix texting."

The site details the reasons why Apple should support the standard. The goal is to provide a smoother messaging experience between iPhone and Android devices.

“It’s time for Apple to fix texting,” the website reads. “It’s not about the color of the bubbles. It’s the blurry videos, broken group chats, missing read receipts and typing indicators, no texting over Wi-Fi and more.”

Google claims that these problems exist because Apple refuses to adopt modern texting standards when people with iPhones and Android phones text each other.

Most people who have an Apple and text someone with an Android device know the experience. The green bubbles in the text signify messages to Android users in Apple’s Messages app.

The iPhone app uses Apple’s own iMessage service to send texts between iPhones, but revert to old-fashioned SMS and MMS when texting an Android user. Videos are distorted when trying to send a file from one user of a operating system to another.

“No one should know what phone you’re on,” says the narrator of the video on the site that explains the challenges. “It should just work. Apple needs to think differently, and stop downgrading their own customers’ experience.”

Google has been sending hints in recent months for Apple to support RCS in tweets. From its Android Twitter account in January it tweeted: “iMessage should not benefit from bullying. Texting should bring us together, and the solution exists. Let’s fix this as one industry.”

A court document filed last year shows Apple doesn’t want to make iMessage for Android because it would hurt the company more than it helps.

In August 2020, Epic Games, creator of Fortnite, brought a lawsuit against Apple claiming it violated antitrust laws through its app store. The video game company also claimed that Apple tried to lock in users to its phones, tablets and other devices by keeping some popular services, like iMessage, exclusive.