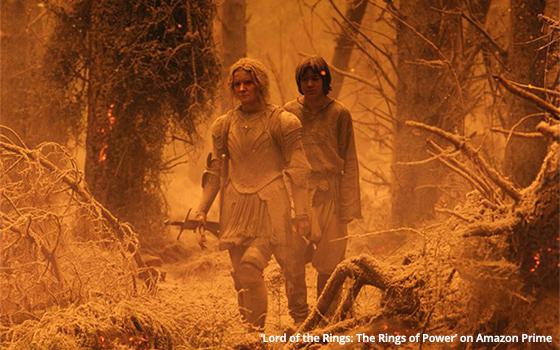 With the linear TV season now in full swing amidst all the promotional hype, video streamers -- even with predictions of slower growth to come -- continue to boost national TV messaging -- up 7% in paid ad spend/media value in September, according to estimates from iSpot.tv.

For the most recent 30-day period, the total was $234.6 million -- from paid advertising airings and estimated media value from TV on-air promos from streamers owned by respective TV network groups. A year ago, the total was $219.6 million for September.

In terms of national TV paid spending, Amazon Prime Video dominated with $48.6 million -- significantly increasing its national TV marketing from a year ago, when it totaled $7.7 million.

Highly rated NFL football and college football programming on TV networks got the most play from video streamers for the month.

Looking at a longer view over the last three months, national TV paid ad spend was at $291.9 million, with estimated media value from TV network on-air promos at $158.7 million. This earned 49.1 billion impressions.

This was comparable to a year ago. Over the same time period in 2021 -- $275.5 million came from paid advertising, according to estimates, and $162.7 million on estimated media value from TV network promos. That resulted in 51.2 billion impressions.