U.S.-Based Journey Further CEO Duncan Smith On How To Keep Consumers With The Brand 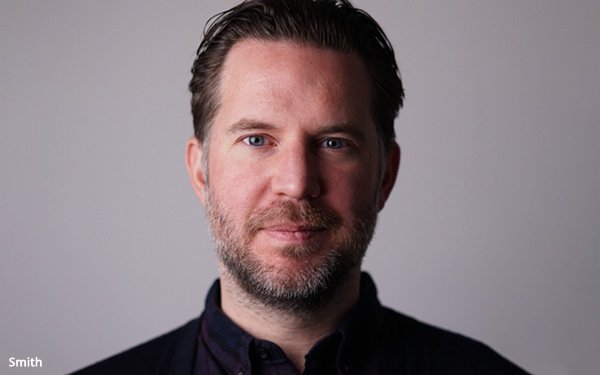 Journey Further U.S.-based CEO Duncan Smith is committed to never buying a dollar of linear broadcast media in the U.S. again, if he can help it.

“I no longer think it’s necessary,” he said. “That doesn’t include connected TV, which pushes down that addressable route.”

Smith joined the company in June to build strength in the U.S. after he worked at Dentsu’s iProspect as president, and previously, global client president for Dentsu Aegis Network. He also worked at Vizeum, Carat, GroupM, and others.

The scale of today’s organizations and the amount of overhead and services advertisers require for continued growth is very large, and in a disparate marketplace it’s difficult to accomplish, Smith says.

Data & Programmatic Insider spoke with Smith to get his perspective on the industry and why he joined Journey Further, and to gain insights into 2023.

D&PI:  Do you support U.S. companies and brands from the U.K.?

Smith:  We operate a lot of media for U.S. clients out of the U.K. such as Claire’s Accessories. We do all their performance media.

One thing we will do is re-import the activation and management of that media back into the U.S. marketplace, which will almost triple the size of the agency in the U.S.

Doc Martens is a U.K.-based business, but it pretty much operates globally these days. There are quite a few businesses like that where we integrate creative and we will buy all their media as well.

Smith:  I think we will see more in-housing. There is a cost efficiency, especially around biddable media like paid search, programmatic, display, video and audio. It’s incredibly easy to buy now compared with five years ago.

If you’re really clear about the audience -- really understanding the audience -- you can go to a Trade Desk and say these are the points I want to go after. You can manage it into more TV-like opportunities, programmatic audio and podcasts, and digital-out-of-home. The ease of activation means clients can take it on more easily.

D&PI:  Where are agencies going to make their money?

Smith:  More on the unpaid side of things. It’s easy to buy paid media. If you drop the media in at the top, Trade Desk will help allocate investments by channel. Even the notion of media planning is going out the window, because it is audience drive, rather insight driven.

We already make more than 50% of our revenue in services that don’t involve an investment in advertising -- things like digital PR, where it’s difficult to build up connections with journalists.

The revenue will come from more specialists in content-driven services, and consultant services like CRO.

These are more difficult to build internally and keep it going. You need a combination of both in an agency -- paid and someone who knows how to join services across every part of the business.

D&PI:  What is the best piece of business advice you have received and from whom?

Smith:  It was from Kelly Clark, who was CEO of Mindshare in the U.K. back in 2005. I don’t know if it’s one piece of advice, but more about his interest in everyone and the work they did. I was a junior account executive and the time and he would wander around the office asking what people were working on.

We had a bar in the office during those days, and after work he would just park himself at the bar and anyone could come up and talk with him.

D&PI:  When you were growing up in the U.K., what type of profession interested you?

Smith:  Architecture. I remember back in 1990 sitting down with a career advisor.

Then I got into computers, graphic design, but then when I went to college, I studied engineering and Japanese. I realized quickly that was not my interest. So, I studied the history of architecture instead.

D&PI:  Do you see a connection between architecture and digital media?

Smith:  On the strategic side. Whether its in performance media, digital marketing, or communications planning, we are in the business of understanding people. You have billions of dollars being invested by brands.

And if you don’t understand people, you cannot do a good job. They will look for someone else. There’s a combination of human behavior applied to technology and math and physics.

D&PI:  What about a data strategy?

Smith:  We have one a big data division as part of the company like Dentsu, Publicis, or IPG. We partner with Neustar, Liveramp and others. Coming out of the UK there’s a lot of skepticism as to how much personal data we should use in advertising. I come from an old school type of thinking. I want to know the people we’re going to engage with, so using individualize data where we have the permissions to understand the attitude helps produce the content. When it comes to delivery of that message at an individual level, you have to be a lot more careful. I’m still against clients sharing their data with companies like Facebook.

D&PI:   What is the best piece of advice do you have on how to keep a consumer with a brand?

Smith: The first thing is to get consumers to the brand quickly. I did a lot of work with Anheuser-Busch in my former position, but that could be as simple as getting a beer in someone's hand.

But what a lot of agencies do not think about is how to keep them with the brand as long as possible. That's the real key to success.

All marketers have to think about that. It's not a race to get sales and brand engagement -- it's also longevity and retention that important.

If you're an agency or marketer, you can win on those key performance indicators. if you don't, you're keeping a loyal base but never growing the business, or churning through customers at the speed of knowledge.

Every dollar has the opportunity to be way more accountable these days. We can track where it's invested and who is behind the media, has the consumer gone to the brand, and are they still with them. It's part of what attracted me to Journey Further.

D&PI:  What else attracted you to Journey Further?

Smith:  I really liked the tone of voice of Robin Skidmore, founder and global CEO. I read some posts that Skidmore wrote on LinkedIn. I said, here’s the guy who built and owns the company talking away about things. It was really refreshing to see him leave out pompous thoughts.

I contacted Skidmore, who serendipitously was looking for someone to run U.S. operations. Like me, he came out of the performance media sales. He built a paid search and SEO agency called Epiphany, and thought he could take the journey further for brands, which is where the name came from.

Journey Further is the agency of record (AoR) for many brands. Guidelines are built early on.

There’s a creative side to the agency integrated into CRO, proper and disciplined, media relationship, and performance where links are built into the strategy.  The other half of the business is paid search, social, programmatic display, audio and video.