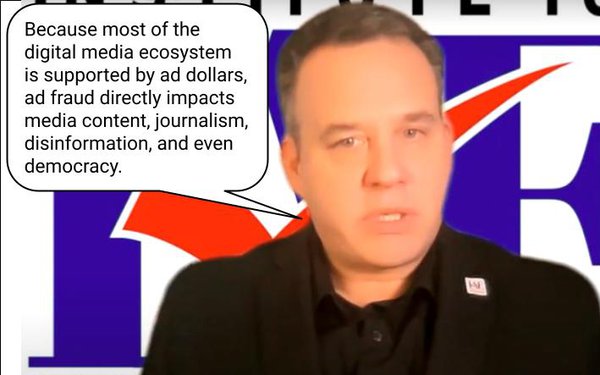 As part of a growing ad-industry recognition that ad fraud isn’t just the illegal theft of marketers’ working media dollars, but also unethically funds nefarious parts of the media ecosystem, the Institute for Advertising Ethics (IAE) is updating its professional certification program to include a new module focusing explicitly on fraud.

The module, which was developed in partnership with the Alliance for Audited Media (AAM), is mainly educational and is designed to inform advertisers, agencies and others in the supply chain about the “serious ethical issues surrounding” ad fraud in their media-buying decisions.

While the module has an emphasis on digital media -- including programmatic media-buying -- the IAE says the primary goal is to ensure people are applying analytical thinking and judgment calls to the process, including how fraudulent media buys fund criminals, bogus publishers and misinformation, and various hostile actors.

“Whether it’s $1 or billions of dollars, ad fraud is an ethical issue marketers must acknowledge and act against,” said IAE COO Andrew Susman, adding: “Because most of the digital media ecosystem is supported by ad dollars, ad fraud directly impacts media content, journalism, disinformation, and even democracy. This new module is an example of how IAE is dedicated to ongoing education of industry practitioners.”

While the initial consequence of ad fraud frequently means a loss or misdirection of working media dollars, Susman cited other unintended consequences that impact society-at-large, such as illegitimate publishers of misinformation about health and medical information that proliferated during the COVID-19 pandemic.

He said the module is especially important as the ad industry increasingly adopts programmatic, automated, and AI-based media-buying and decision-making processes in order to manage their campaigns.

While ad fraud has been a persistent issue for the ad industry as long as advertising has existed, it has become exacerbated by the shift to digital media -- and especially programmatic media-buying -- and has become a major concern of advertisers, agencies, as well as trade associations such as the Association of National Advertisers and the American Association of Advertising Agencies in recent years.

Susman said the timing of the module had more to do with the fact that AAM was on board to help develop it now, then any  new trend of concerns about it. He said the goal of the IAE’s Certified Ethical Advertising Executive (CEAE) course has always been to evolve as industry needs emerge.

The IAE, for example, has begun examining the ethical issues of advertisers, agencies and PR firms in so-called “greenwashing” of fossil fuel brands, and is poised to hold the second of two symposiums to educate the industry on how to mitigate it, though it has not yet decided to add any component to the certification program.