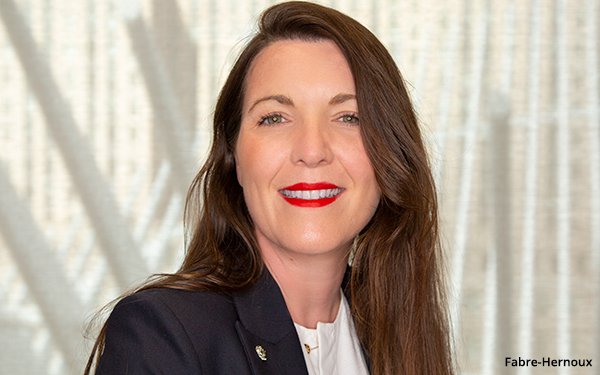 If you scan Delphine Fabre-Hernoux’s LinkedIn profile, you’ll see that she has spent her career straddling two industrial worlds: advertising and Big Tech. But it is the correlation of the two that has given a unique perspective of a third world: the one we all live in as consumers of advertising, media, and technology, as well as the products and services they sell.

Specifically, Fabre-Hernoux has built a new kind of research, data, analytics and insights group inside Wavemaker, an agency already well-known for its data-processing chops.

Fabre-Hernoux, who joined Wavemaker in 2021 after serving as Amazon’s global head of advertising insights sharing and data governance -- as well as alternating stints at Publicis, Facebook, Denstu, Microsoft, and CBS Interactive before that -- says that privileged access to the inside thinking about and application of some of the most powerful consumer data insights in the world is what prepared her to innovate the way Wavemaker, and by association, parent GroupM, handle it.

She describes the current consumer and data insights marketplace as “chaotic,” but says it is her well-organized and disciplined approach -- character traits she learned during her family upbringing, especially from her father, as well as her formal European education -- that has made her uniquely suited to innovate it.

“I grew up in a family where my dad really encouraged me to think and ask questions,” she recalls, adding: “And to constantly think out of the box and to read and learn.”

That’s why she spends much of her time reading academic journals and research papers that have nothing to do with advertising, media or technology in order to discover new ways of thinking about -- as well as modeling -- how advertising can work better.

One of the first ways she did that after joining Wavemaker was to do it organizationally, by setting up a unique data and analytics infrastructure she dubbed “MIS.” But not MIS in the traditional sense of that acronym (management information systems), but a new kind meaning “marketing intelligence & insights” -- with a heavy emphasis on intelligence and insights.

Here, she credits collaboration with GroupM and its sister agencies, and describes the innovation she has been contributing to like a team sport, noting: “In a big organization it’s very difficult to have a lot of people working together and moving in the same direction.”

And when it comes to directions, Fabre-Hernoux is just as likely to zig when others are zagging, as long as it leads to a better result.

Case in point: When the ad industry and its data supply chain were faced with the deprecation of consumer identity signals following Apple’s privacy framework -- and soon, Google’s third-party cookies -- instead of trying to figure out workarounds in the way that many of its peers and suppliers have focused on, Fabre-Hernoux came up with a novel solution: contextual targeting.

Instead of trying to find new ways to discover people’s identities, she has championed new, more sophisticated ways of using data about the media people use -- channels, platforms, content, etc. -- to understand who they are and how to target them.

Interestingly, that is the way most advertising was targeted before the emergence of digital cookies and device IDs, and it is her contention that it can work just as well -- and maybe even better than -- trying to harvest and stockpile data about explicit consumer identities and behaviors.

And it's equally important that she says this can be a far more efficient process than warehousing volumes of consumer data, and mitigates the risks of running afoul of regulators and consumer privacy advocates too.

“I want to walk away from PII completely,” Fabre-Hernoux told MediaPost as she began implementing her contextual-targeting strategy early last year.

Instead of personally identifiable information, Fabre-Hernoux and her MIS team are focused on developing new models for enhancing contextual targeting and educating clients on how to use it and what they can learn from doing it.