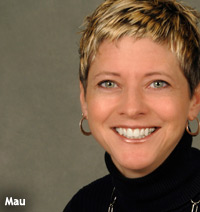 You couldn't say the timing is good; it's more like an emblematic coincidence: in the midst of the Steubenville, Ohio trial (two high school football players are accused of raping an unconscious 16-year-old girl, while other students watched) comes a new national marketing organization -- the first-ever unified national effort -- devoted to communicating that domestic and sexual abuse is a crisis that undermines society, and that there should be no tolerance for it.

The organization "NO MORE," which launched on Wednesday, unites a consortium of 24 groups, and will hit the road with a national marketing campaign this spring. The strategy is to get the message out not only that domestic violence must be recognized both by victims and the general public, but that people everywhere need to know when it's happening, confront it and prevent it.

The new integrated campaign will comprise a TV, print, out-of-home, digital and social media campaign featuring celebrities, athletes, media, and corporate and government leaders, as well as a Web site in development where people can participate by uploading photos, and describing why they stand on the issue. Other educational elements will run on social channels, and there will be a series of videos featuring celebrities, athletes and others talking about the domestic and sexual abuse crisis.

Among other things, the campaign highlights the fact that one in four women is a victim, 51% of all 15- to-22-year-olds in the United States know a victim of dating violence or sexual assault, and one in three young women and nearly one in two young men say they do not know the signs of sexual assault.

Spokespeople and ambassadors for the effort include actress Mariska Hargitay, who will be featured in the campaign, and who is president and founder of the Joyful Heart Foundation; actress and brand ambassador Ashley Greene; CBS sportscaster James Brown; and singer Jasmine Villegas. NO MORE's  founding executives, all women, come from Avon, Liz Claiborne, Allstate, Verizon, Fifth & Pacific, Kaiser Permanente and  Finn Partners.

Christine Mau, the European-market design director for Kimberly-Clark, came up with the idea of a unified marketing voice around the issue and created the marketing symbol for the group. She is a victim of assault and domestic violence.

Mau, who has not spoken about her experiences until recently, tells Marketing Daily that she worked with fashion model Jane Randel, SVP of Fifth & Pacific, and Anne Glauber, managing partner at Finn Partners, to develop the idea. "We understood that we really needed something that could unify all of the organizations and that would bring everyone's voices together," she says. The group convened a think tank in New York that generated the idea of zero, "that we needed to get to the point where there was zero tolerance for this."

New York-based brand and design firm Sterling Brands agreed to do the creative work pro-bono. "They went above and beyond to help out," she says, adding that the bottom line is for women suffering abuse to recognize that they are, and to understand that there are channels for extricating themselves. For others: know it when we see it and do something about it.