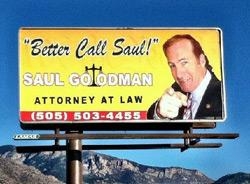 Has any network done as much as AMC this month to change long-held perceptions about how an American television series should be presented and how an established franchise can be maximized without damaging the core property?

Consider what AMC has been up to. First came its decision to telecast the final eight episodes of “Breaking Bad” as a mini-season -- a programming strategy that is currently yielding spectacular ratings results and propelling this unlikeliest of hits to the forefront of American popular culture. It may simply be a happy accident that Netflix-fueled binge-viewing became a widespread activity in the year-long gap between the two mini-seasons that actually comprise the fifth and final season of “Bad,” which allowed millions of people who had never watched it to catch up in time for these eight extraordinary hours of television. But that doesn't detract from the searing last-blast impact of this show.

There are many people in the television business who object to the concept of the split-season, arguing that it extends the life of a show while somehow short-changing casts, writers and crew members who would benefit from two full-season orders rather than one full-season order split in two. Similarly, critics are complaining that breaking apart a show's standard season order slows the dramatic momentum and overall enjoyment of the viewing experience. I can't comment on the impact such maneuvers may or may not have on the people involved, but I will say that the success AMC is having with this mini-season of “Bad” suggests that audiences are all too happy to enjoy their favorite shows in smaller doses.

The “Bad” split doesn't represent the first time that AMC has played with traditional scheduling. Seasons of “The Walking Dead” have for years been divided into fall and midseason runs. The audience doesn't seem to mind. It's too busy growing. (Interestingly, USA Network also splits seasons of its shows into two or sometimes three parts, but the end result doesn't seem to have the same pop-culture impact that AMC enjoys with this tactic. That said, USA is having great success with “White Collar,” “Covert Affairs,” “Suits” and other semi-serialized dramas.)

Given what is happening with “Bad,” it's not surprising that AMC this week announced that the seventh and final season of “Mad Men,” -- the most honored scripted series in the history of basic cable television -- will split its seventh and final season into two seven-episode minis to run in 2014 and 2015. As with the “Bad” split, this move keeps “Mad” in high-profile Emmy contention for an additional year, and gives potential newcomers more time to binge before the final burst of fresh episodes. (This is as good a place as any to wonder out loud whether AMC next year will produce a weekly live talk show to follow “Mad Men,” perhaps titled “Talking Mad,” in a continuation of its simple but surprisingly innovative “Talking Dead” and “Talking Bad,” two of the network's must-see programs.)

AMC's recent innovations don't end with scheduling. The network just announced that it has two uncommonly distinctive spinoffs in the works. One is a prequel to “Breaking Bad” with the working (and absolutely perfect) title “Better Call Saul,” centered on the life of oily lawyer Saul Goodman (played to perfection by Bob Odenkirk) before he met his dangerous clients in “Breaking Bad.” (Won't it be interesting if Saul is killed before “Bad” ends its run and then returns in a series of stories set years before his death? Has there ever been a prequel spinoff centered on a deceased character?)  AMC shrewdly made this announcement as this final batch of “Bad” episodes were playing out to steadily increasing audience levels and critical acclaim.

And then there's the news of an upcoming companion series to “The Walking Dead.” AMC says it will focus on an entirely different group of humans trying to survive the zombie apocalypse in a location far away from the Southeast, where “The Walking Dead” is set. Given the robust success of “The Walking Dead” -- the most successful television series this year among the 18-49 demographic -- a companion series of this nature makes perfect sense. As a viewer I have often wondered what is happening in the rest of the world while the characters on “Dead” suffer their ghastly trials and tribulations in their small corner of an increasingly ugly universe. This new series will offer some answers.

cable tv, tv
1 comment about "It's Not Just TV - It's AMC ".
Check to receive email when comments are posted.
Next story loading