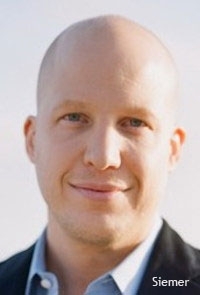 David Siemer, co-founder of Siemer Ventures, the bank’s investment arm, spoke with RTM Daily about the report. Citing a combination of reports, including Siemer’s own data, Wall Street Research, and eMarketer, the report says RTB ad spend increased nearly 75% in 2013, which dwarfs the overall online ad growth rate of 17.1%.

While the year-over-year growth will slow, RTB is continuing its steady climb in relation to display advertising and all online advertising. Siemer believes this growth will be driven by consolidation of ad technology companies known as “point solutions.”

“Point solution” is another way of saying “ad technology companies that serve a very specific purpose.” While we have seen M&A activity, especially in the past eight months, it hasn’t been speedy.

“Consolidation has been quite slow,” Siemer said. “It hasn’t been nearly as fast as anyone, myself included, would have predicted five years ago.”

Siemer theorized that consolidation has been sluggish because of the nature of specialized commerce tools. He said “it’s not hard to leverage out into other toolsets” once a tech provider has built a specialized tool.

In other words, tech providers are more inclined to build rather than buy. Siemer also said it has been harder than expected to integrate technologies with one another when consolidation has occurred.

The final reason Siemer gave was one we’ve heard before: the companies worth buying are simply too big to be purchased.

“Yahoo, Google, AOL are all buyers -- and occasionally they make acquisitions -- but for the most part, once you get below those guys, there are very few buyers that can actually pay for an ad tech platform,” Siemer said. It’s true; not many can afford to shell out triple-digit millions for technology.

Siemer noted that agencies are not big buyers of technology, with WPP being “one minor exception.” He said, “most agencies don’t want to own tech. They want to own relationships and license tech.”

But Siemer doesn’t think private exchanges are a long-term solution for most publishers.

“Over a long period of time, everything will open up because there will be demand for that,” Siemer predicted. “Private exchanges are great -- if you are massive like WPP or Hearst.”

He believes we will continue to see a “big rise” in private exchanges, but doesn’t see advertisers putting up with it for long. “The whole point of a private exchange is to put certain rules in place and control it,” he remarked.

While the private exchange model will be at risk if advertisers feel gamed, if it allows them to buy more “premium” inventory -- which publishers supposedly put more of in private exchanges -- the model could last.