Twitter At 8: Still A Challenge To Marketers...And To This Old Fart 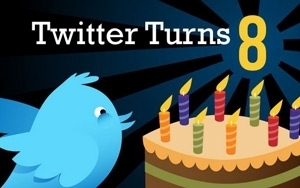 In its first couple of years still in the nest, Twitter’s 140-character limit seemed like a quaint novelty that was worthy of tinkering with without embracing. As the company celebrates its 8th birthday, it suffers the odd distinction of being a wild success that some fear may be hitting up against its natural limitations. Struggling to expand its audience, the actual appeal of Twitter may be constrained by a platform style that really is not for most people.

And then there are those 140 characters. Sure, it turns out that we live in a real-time culture that tends to reward aphorisms. Matthew Weiner built the entire Don Draper character with them. But let’s not mince words: Twitter is a pain in the ass. The rapid-fire flow of items scroll faster than even young eyes can track. The interface changes regularly, and I get used to one set of labels and icons just in time for the next ones to come in. the post themselves are butt ugly, seemingly encrypted jumbles of links, @s and hashtags. And those hashtags. Really? Hashtags?

Step back from the blinding light of coolness, which drained out of Twitter years ago. Put down the Kool Aid. How can anyone in their right mind wonder why this platform has trouble expanding beyond a niche? The U.S. MAUs are above 40 million, but logging on at least once a month to a purportedly real-time service is not much of a measure of its real penetration and impact.

According to a survey of over 1100 marketing and social media professionals who use Twitter as a marketing tool, 30.6% still feel undecided whether the platform is an effective marketing tool. The survey was done by social Media Marketing University and Survey Gizmo. While 40.3% agree that it is effective, only 24.6% felt strongly positive about the platform. Keep in mind that this is a survey of people already using Twitter for marketing. Among the most cited challenges in using the platform for marketing is, obviously, measuring ROI and results (45.1%), which is to be expected from any social media platform. But “building an audience (42.1%) is almost as much of a concern, as is engagement (36.8%) and just learning to use the platform (29.3%).

Foremost, Twitter is seen as a brand awareness vehicle (79.4%), although it is also seen as a traffic driver (58%), customer engagement tool (55%) and lead generator (51.9%). Hashtags are used by just about all marketers as discovery tools, but a clear majority also use images now. The coolest thing Twitter has produced in years , however -- Vine -- is leveraged by only 2.4% of marketers.

The reservations about Twitter on the part of marketers seem to me to align with the platform’s native limitations -- audience, discovery, and usability. For most of us Twitter is just not fun to use. Personally, I find it more of a chore than anything else. SMS has always been a pain to use too. But it pays back with direct and private connections to people we care about. The payoff for Twitter is a torrent of content that is visually ugly, tough for the unenthusiastic to grasp quickly and running at a pace that most of us don’t want to endure.

At the risk of seeming like the old fart (wait while I hike my trousers up a bit here so they don’t fall down), let me say outright -- Twitter is not a good product for most people. Like most social media, from Facebook to foursquare it looks and feels as if it were designed by engineers for engineers. The nomenclature is not clear and often changes. Discovery is not easy and often feels haphazard. And the core media consumption experience is just not much fun. Facebook can play with its front end a bit to improve its ugliness. Instagram, Pinterest and Vine at least have the advantage of being driven by visuals that reward use. I am not sure what tweaks Twitter can do to its core functionality to make it much more appealing to the rest of us, though.

Whoops, there go my pants again.

And get the hell off my lawn.

mobile, social media, social networks, twitter
6 comments about "Twitter At 8: Still A Challenge To Marketers...And To This Old Fart".
Check to receive email when comments are posted.
Read more comments >
Next story loading