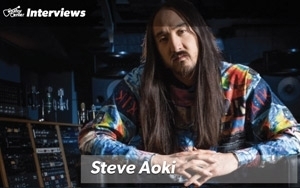 Huge changes are afoot for Guitar Center, the largest global music equipment multichannel retailer. Over the past year the company has begun to focus in a big way on expanding offerings within its stores beyond equipment, and expanding the retail footprint — the company is opening its first Times Square store in New York this week. The store is one of eight new stores this year, with the goal of adding 15 to 20 on average per year over next few years.

But the company is going beyond bricks and mortar to experiences, content marketing, and media channel development -- all toward something called Vision 2020, whose broad goal is to grow revenue to $3 billion by 2020.

One of the biggest gigs has been “Guitar Center Sessions,” and a new advertising program under the theme "All We Sell is the Greatest Feeling On Earth." In addition to just announcing its sponsorship of guitar hero Slash's concerts in three iconic LA venues, the company is launching new advertising, and partnerships with TuneCore and mobile digital media channel Quello, per Dustin Hinz, VP brand experience and entertainment marketing who oversees the DirecTV series "Guitar Center Sessions."

He said Guitar Center will produce 33 shows for Quello, a live-music channel that has an installed base of over 100 million on platforms like AppleTV, PlayStation and Xbox. "DirecTV is a partner in all of it. These are extensions of content that can go from DTV to other outlets in markets like Australia, Japan, Canada and New Zealand," he says. The program with digital musicians publishing site TuneCore, of which Guitar Center is an investor, involves the company promoting artists. "We are becoming a marketing extension for artists to support their projects."

The retailer, which has marketing partnerships with QuestLove as part of the new campaign launched this year, has also featured Metallica axe-man James Hetfield, and now electronic musician Steve Aoki, who will be in the next ad, which debuts soon. Hinz said after that, singer/songwriter Colbie Caillat will be featured.

An extension of "Guitar Sessions" which launched in 2010, is the "Guitar Sessions at Guitar Center with Nic Harcourt," where the radio DJ interviews some six artists per season, all of which airs on DirectTV. "This is content that inspires people to make music. It's about capturing the Guitar Center experience? So 'Guitar Sessions' is about telling stories, not just showing live performances with quick cuts."

The company is also now doing a weekly program with NPR called "Connections Made by Guitar Center," distributed to over 15 markets. And those are just a few of the many programs the company is doing.

As for retail, many brick and mortar operations are struggling with physical stores, but Guitar Center CFO Tim Martin said this isn't an issue at the music chain. He said none of its stores are cash-flow negative and most of the new stores will be in secondary and tertiary markets going forward. "We want to be best retailer, period, so we think we'll take share, especially in small markets we are enabling purchases that didn't take place previously." The company, he said, is also mindful of the multichannel aspect of the music retail business. "So our retail footprint will be smaller. You can buy online, from phone, from tablet, from any store."

The New York store will be unique in a few respects. The ROI won't be limited to showplace status. "It's not just a flagship, and will be nowhere near an economic loser for us. If the store delivers close to what we think, it will make a lot of money."

The company has also hired Eddie Combs as SVP of marketing. The former Sears CMO for home appliances succeeds Frank Hamlin, who oversaw all aspects of consumer marketing at Guitar Center. Dennis Haffeman, EVP of human resources at the chain, said  Combs will be focused solely on Guitar Center marketing, with Michael Weiss serving as VP marketing for the company's Musician's Friend division.