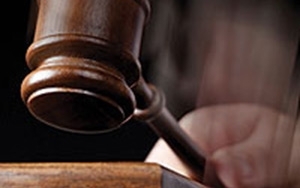 Verizon and ad company Turn have been hit with a potential class-action lawsuit centering on their use of a controversial technology that subjects consumers to tracking for online ad purposes, even when they delete their cookies.

The UIDHs also are known as “zombie” cookies because they allow ad companies to recreate cookies that users delete.

Michael argues in her complaint, brought in U.S. District Court in Jackson, that Verizon and Turn are violating several laws, including a computer fraud law and a video-privacy law.

She says that Verizon users “consider information about their online activities to be confidential.”

“To avoid being tracked online, plaintiff and class members have used and relied on their browser controls to block and/or delete browser cookies,” she alleges. Michael adds that she “reasonably believed” that she could rely on her browser settings to control cookies.

Verizon uses the UIDHs to track people's activity online and send them targeted ads. The company has always allowed people to opt out of receiving targeted ads powered by its own ad programs, but didn't previously allow users to avoid header injections. The telecom now says it intends to let customers opt out of the headers.

Privacy advocates are urging Verizon to abandon the UIDHs completely, or else make the program opt-in.

A group of lawmakers recently asked the Federal Trade Commission and Federal Communications Commission to investigate Verizon's use of the headers.

Verizon and Turn declined to comment on Michael's lawsuit.