Auto Shoppers More Mobile Than Ever 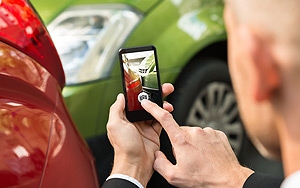 Over half of new-vehicle Internet shoppers use a mobile device to do online automotive research as they shop for a car or truck, according to a new report from J.D. Power and Associates, the 2015 New Autoshopper Study. The report looks at how new-vehicle buyers use digital devices, including ye olde laptops and desktops, to get insights, prices and the like to narrow down the list. It also dives into what kinds of content new-vehicle buyers access during their shopping process and which content they find most useful.

The study, based on responses from more than 18,900 purchasers and lessees of new 2013 to 2015 model-year vehicles who used digital means to research, shows a big increase in mobile device use over the past three years. Among other things, the study says the use of tablets and smartphones for automotive shopping in the U.S. has increased by 83% and 70%, respectively.

Currently, per the report, 34% of new-vehicle shoppers use a smartphone for automotive research, and 33% use a tablet. At dealerships, 48% of new-vehicle buyers are using a mobile device; 13% are using a tablet for information gathering while at the dealership. At showrooms, customers are mostly accessing vehicle pricing as well as model information, inventory searches and special offers and incentives.

According to the research, about a third of new-vehicle shoppers find the vehicle they will ultimately purchase on either a manufacturer Web site, a third-party Web site or their dealer’s Web site. And more consumers are initially contacting their dealer digitally, too, though the majority of auto shoppers still make their initial contact as dealership walk-ins. Right now nearly one-fourth make the initial digitally by email, the dealer Web site, through requesting an online quote, by text, online forum or Facebook, per J.D. Power.

The firm says this upshift in shoppers who go in knowing what they want reflects a decrease in the number of cars that consumers are considering when they actually start going to showrooms. It is now at 2.4 vehicles, from 2.6 vehicles in 2013.

Eight in 10 new-vehicle Internet shoppers visit a third-party site for automotive information, and the three most frequently visited third-party sites are those that were the most visited in 2012: Consumer Reports, Edmunds.com, and Kelley Blue Book.

But, among the 35 third-party sites measured in the study, TrueCar has gotten the biggest increase in visitors to its site.