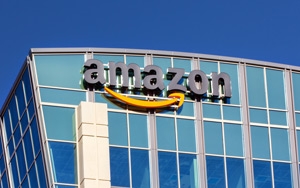 Amazon is about to change how companies and agencies allocate global media budgets. That is a side effect of its move to build a different type of global logistics and delivery model that will rival Federal Express and United Parcel Service.

With support from Amazon Web Services, the model will prompt brands and agency partners, such as Target, GlaxoSmithKline and Havas Digital, to change their business models.

It will also allow them to redistribute advertising dollars in unfamiliar regions across television, radio, display, video, search, and other digital paid media. These regions would be geographic locations that were not previously served by the companies.

Amazon will open ecommerce borders and allow more companies to participate in online commerce with help from a fleet of planes and semitrailers. It will use its expertise in cloud infrastructure through Amazon Web Services to support truly global Web sites, from small one-person shops to large businesses.

Using Amazon’s cloud services, companies will have the ability to activate and support an ecommerce infrastructure with little investment.

For example, consumers in China, Latin America or the Middle East will begin seeing Target advertisements that market the company as a “global retailer” selling hundreds of thousands of high-quality products.

Amazon’s shift in strategy also will support consumer product goods companies like GlaxoSmithKline that want to sell and ship direct to consumers around the world.

The redistribution of media budgets is a side effect of Amazon's move, admits Rob Griffin, EVP of media futures and innovation at Havas Media Group. “We have many clients that want to build their own ecommerce engine to sell direct to consumers, but don’t want to do their own fulfillment and distribution,” he says.

Griffin sees Amazon unbundling the agency model where ecommerce becomes a managed service for brands and agencies supporting advertising. Amazon will help with logistics, delivery and ecommerce sales, providing data and reporting to make better decisions on where to allocate media budgets.

The effects from Amazon's logistics services will give advertisers the ownership of their ecommerce business without having to bring it all in house. “This new breed of business will become important to metrics and where budgets are allocated, but the biggest impact will be on the operational part of the business, how things get done,” Griffin says. "Who gets paid, when they get paid and how they get paid is really what will change."

Ultimately, Amazon’s model will shorten global delivery times to hours in some geographic areas, and give Amazon Prime subscribers shipping for free, per one source familiar with the project.

A global logistics infrastructure through cloud services, AWS will give Amazon integration with thousands of manufacturers and retailers, as well as millions of consumers. The move will push information to the ecommerce giant, giving it a more holistic view of online searches, preferences, orders and shipments, outpacing even Google.

Without Amazon’s plans, eMarketer estimates 2016 will become the year when advertisers in the United Kingdom spend more on digital advertising than on traditional media -- about 51.9%. In 2017, marketers in China will do the same. A year later, Denmark, Australia and Norway will join the list.

For many startups in developing countries, such as Indonesia — where just 7.3% of ad spending was digital in 2015 — digital is the most affordable advertising medium. Most startups often spend 100% of their ad budgets in digital.