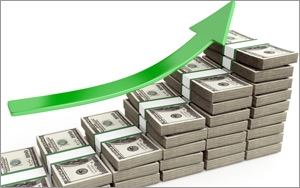 First-party data from search or social and Web properties that tell brands how consumers interact on publisher sites continues to prove its worth, but having the ability to act on the data in real-time has enabled one three-year old startup to drive more than 150% growth in 2015, compared with the previous year.

Yieldbot saw its first profitable quarter in the fourth quarter of 2015, says Jonathan Mendez, Yieldbot CEO. Overall, the company has seen nearly 1,650% growth since 2013, its first full year of revenue. It has accomplished this in part by addressing the need for people to search and discover.

The company reached profitability by increasing visibility for advertisers to know where they buy ad placements, header bidding, programmatic media buying, cross-device technology, cookie-less technology to target real-time consumer intent across all device types, and a host of other strategies.

Growth in its mobile business outpaced overall advancements. Mobile revenue grew 350% in 2015, making up 55% of revenue. Growth extended across numerous market segments such as health care, consumer product goods, retail, finance, technology, entertainment, all growing more than 100% year-over-year for the company. Always-on campaigns grew to 56% of total revenue, up from 37% in 2014.

The goal of the technology is to understand consumer intent wherever it occurs, Mendez says.

Now the company is working on integrating household location data across devices -- anonymized and cookie-less -- to bring a new set of marketing and targeted messages to consumers, which will mostly benefit shopper marketing. "We feel the missing pieces revolve around location and mobile," Mendez says. "I'm in New York now, but I live in New Jersey. So if I'm geo-targeted here, it limits the possibilities of receiving relevant information."

In 2015, growth was strong across all three Yieldbot segments: display, search and shopper marketers. The display business rose 332%, search grew by 53%, and the company's Shopper Marketing business increased by 224%.

Based on data from a diverse set of advertisers, programmatic display spend rose 29% YoY in in Q4 2015, up from 7% in Q3 2015, per IgnitionOne. Impressions rose 10% in the quarter, partly due to strong programmatic success in the finance and retail verticals, among IgnitionOne clients.

Compared with the third quarter of 2015, programmatic display metrics rose with the exception that click-through rates fell 2%. Impressions and spend saw the biggest growth sequentially in Q4, 18% and 30%, respectively, which is consistent with seasonal trends.