Get Ready: NewFront Season Is Upon Us 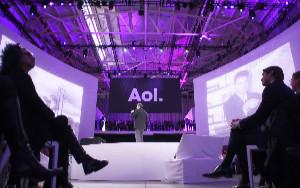 During the first two weeks of May, old and new media companies alike will present their latest video programming and tech at the Interactive Advertising Bureau's Digital Content NewFronts with the goal of hyping their content -- and selling ads, of course.

The IAB reported that marketers spent about $3.3 billion on digital video in 2014, and more and more digital media companies want to get their slice of the pie. This year's lineup will include newbies SheKnows Media, Mashable, Hearst, WebMD, Woven Digital, Trusted Media Brands, Newsy and Playboy, which will debut its nude-free brand to advertisers for the first time.

There will certainly be some scaling back from Yahoo, amid dropping revenues and reports that the company will soon be sold. Last year, Yahoo announced two shows that never came to be, including a DJ competition show from Simon Cowell and a sitcom that was supposed to be a 2016 version of “Friends.” This year, Yahoo is opting to host a toned-down NewFront at its New York sales office.

Expect some new stunts from the old guard this year. Bloomberg Media, for example, will simulcast its NewFronts presentation on May 2 at its offices in the U.S., Asia and Europe. Time Inc., hot off its Viant acquisition, might have some new data to entice advertisers. The New York Times bet big on VR in the past year and will likely plug that content. Other established NewFront presenters include National Geographic, The Economist, CNN and Conde Nast. And the new media crew, including BuzzFeed, Refinery29, Vice and Elite Daily, don't disappoint with their talk of reach and cutting-edge tech.

But however flashy the presentations, digital video's number's don't lie -- there's a lot of opportunity. eMarketer estimated that U.S. adults spend about 5.5 hours every day watching video content. At NewFronts last year, BuzzFeed CEO Jonah Peretti said the site gets more than 1 billion video views a month, and Hulu announced within the first 90 days of 2015 that viewers had already streamed over 700 million hours of content on Hulu. Wall Street may be bullish on network TV, but don't discount digital video just yet.

And keep an eye out for Real-Time Daily NewFront coverage this week and next.