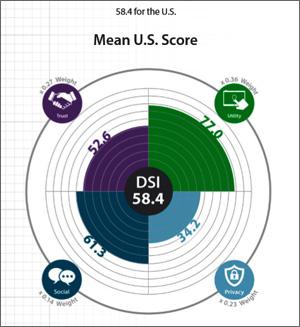 Performance agency Performics has partnered with Northwestern University to form a search-based intent research center called Intent Lab. The center, two years in the making, will focus on research to help brands better understand how people make decisions and the factors that influence them.

Michael Kahn, CEO of Performics, said the agency made a substantial investment and long-term commitment to co-fund the research lab and studies that explore topics related to behavior. The funds to conduct the quarterly Digital Satisfaction Index (DSI) study will come from Performics' global yearly budget, but there is a plan to take on privately funded custom studies for brands.

"Intent is the single important consumer variable to understand, more important than awareness, consideration and preference," Kahn said. "In this action-driven world it's about likes, posts, sharing, and pins."

Performics and Northwestern University will provide the human resources to produce the studies. The inaugural study — Digital Satisfaction Index: Q3 2016 Report — measures consumer attitudes, perceptions of online marketing. The study was conducted this year, but the back-end infrastructure to process and analyze the data took two years to build.

Some findings in the first study were intuitive, while others were surprising, Kahn said. Out of an index of one hundred, the overall satisfaction DSI scores from 1 to 100 were 58.4 in the U.S. and 65.6 in the UK across all dimensions and audiences.

What surprised Kahn? "If you think about an index using a point system of 100 and a report card in school, a score between 50 and 60 would be a D grade, which means there's plenty of room to advance satisfaction online," he said.

The findings also show that utility, privacy, social and trust were the most important dimensions, as well as recommendations engines and personalized experiences.

To construct the DSI, Northwestern and Performics conducted in-person consumer interviews, surveys with probabilistic and non-probabilistic samples of more than 3,000 participants in the U.S. and the UK throughout Spring 2016, and identified the four key factors of consumer satisfaction: trust, utility, social and privacy.

Other findings include privacy remains a significant concern for Americans, but less so for online consumers in the UK. Digital satisfaction is highest among baby boomers; lowest among youngest and oldest demographics. The financial services industry scored the highest in digital satisfaction; household goods scored the lowest.