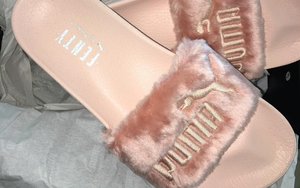 The Federal Trade Commission should investigate Flat Tummy Tea and other advertisers for allegedly paying "influencers" to endorse products on Instagram, without disclosing that money is changing hands, watchdogs say in a letter to the agency.

"A longstanding, core principal of fair advertising law in the United States is that people have a right to know when they are being advertised to," Public Citizen, the Center for Digital Democracy, Commercial Alert and the Campaign for a Commercial-Free Childhood write Tuesday in a letter to the FTC.

"Disguised advertisements are inherently deceptive, because consumers do not know to apply appropriate screens. The issue is acute with disguised ads featuring paid endorsements, where deceived consumers believe admired celebrities are making genuine, self-directed and enthusiastic endorsements of brands, not realizing that those celebrities are instead paid and may not even use the touted brand."

The organizations refer to a recent study by Public Citizen, which found 113 celebrities -- ranging from musicians to actors to athletes -- who endorsed a product, presumably for pay, without disclosure. (Public Citizen also represents MediaPost in an unrelated effort to unseal court papers in a lawsuit brought by the Federal Trade Commission against Amazon.)

"This investigation was by no means exhaustive as the total number of illicit endorsements would likely be too high to measure manually," the letter states. "From Rihanna (pop music star) advertising Puma to Kim Kardashian (famous for the teen reality show Keeping Up with the Kardashians) endorsing Express Smile (a teeth-whitening company), these idols have a primarily young and impressionable audience."

The FTC has repeatedly said that advertisers must disclose relationships between themselves and endorsers that could affect the way consumers view the endorsement. The agency previously brought cases against Warner Bros. and Lord & Taylor for allegedly failing to do so.

Public Citizen and the other groups point to cosmetics and weight loss companies as major offenders. "The 'influencers' in this case are overwhelmingly reality TV stars idolized by young girls and teens, a demographic especially susceptible to advertising preying off of unrealistic standards of beauty," the organizations say. Weight loss companies such as Fab Fit Fun and Flat Tummy Tea appear to employ dozens of celebrities and influencers to endorse their goods without any disclosure."

The advocacy groups are urging the FTC to bring cases against the advertisers, and also warn the "prominent influencers" that they could be subject to enforcement actions in the future.