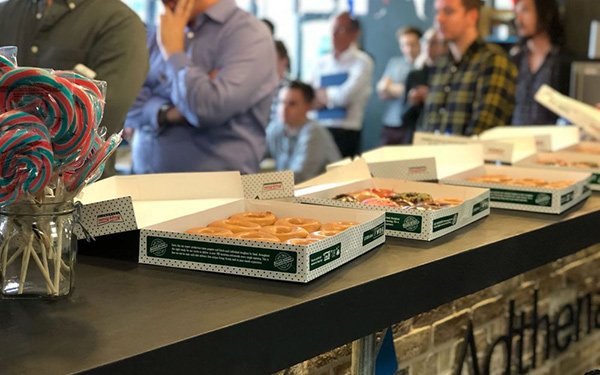 London-based Adthena, which focuses on artificial intelligence and machine learning in search, opened its first U.S. office in Austin, Texas, on Monday in the downtown area. The office will become home to sales, recruiting, customer success, and marketing. The opening takes place in the midst of South By Southwest Interactive (SXSWi).

Ian O’Rourke, CEO and Founder of Adthena, put the company’s roots down in Austin in hopes of capitalizing on the city’s innovation and “dynamic pool of talent.”

Adthena stepped into the U.S. in late 2017, supporting brands like Hotels.com, AutoTrader, Burberry and others. It now processes more than 10 terabytes of new data daily, while indexing 500 million advertisements and 200 million keywords in 15 different languages. The launch builds on the company’s presence in EMEA and APAC, and will allow it to expand rapidly in the U.S.

With the ability to analyze millions of keywords, Adthena released the study -- The Rise of Google Shopping Search Advertising Report for Q1 2018 -- last week. It benchmarks the financial investments of some 267,000 advertisers in the United States and the United Kingdom between January and February in 2018, for about 40 million Google Shopping product listing ads (PLA) and 1 million search terms.

The study estimates that Google Shopping product listing ads (PLAs) now make up about 76.4% of all search spend for U.S. retailers that generate about 85.3% of all search clicks on Google AdWords and Google Shopping. In the UK, that number jumps to 82% of retail ad spend, attracting 87.9% of clicks.

In Adthena’s report, consumer electronics retailers are the biggest spenders. During the time analyzed, these U.S. advertisers spend about 86.1% of all search advertising dollars in PLA, with only 13.9% of ad spend on text ads. In that UK that number falls to 78.3% for Google Shopping ads.

Fashion and apparel in the U.S. also have a strong showing on PLAs. U.S. fashion and apparel advertisers were one of the most dedicated users of Google Shopping ads, with PLAs fueling 84.6% of all search ad spend in the category and taking 89.7% of all clicks.

The category of beauty and personal care in the U.S. spent the least amount on PLAs, with 64.4% of ad spend.

Other important findings from the report include the fact that mobile shopping ads now make up 38.6% of retailer’s total search ad spend, with these campaigns receive 41.8% of the share of clicks across all search in the U.S. These ads on mobile fueled 79% of device ad spend, with 87.2% of clicks.