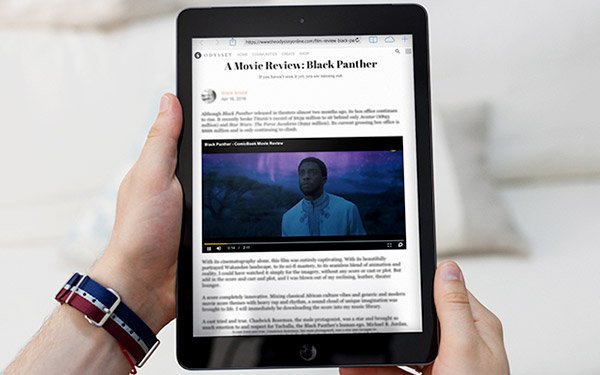 Spun off from an incubator within Revcontent, a content recommendation network, Powr wants to provide digital publishers with a single solution that offers a video player, contextual video matching and monetization.

Kevin Hillman, president of Powr, noted that publishers complained “about how costly and timely it was to have video on their site." Audiences "were increasingly frustrated by the seemingly random, low-quality content served to them on the largest video networks."

The video isn't designed to pull audiences away from the editorial, but to give readers “a video clip that is meant to complement the story, as an extension of the article and of that content,” Mark Hendrix, vice president, strategic partnerships at Powr, told Publishers Daily.

“Our main focus is to provide relevant content to increase user time on site,” Hillman added. Publishers are “looking to take their audience back right now,” Hendrix said.

Increasing time and engagement on publishers’ own sites vs. social media platforms is a coveted relationship publishers want to grow with their audiences.

Citing a study from Wistia, a internet video hosting and analytics company, Powr says people spend 2.6x more time on pages with video than those without.

Publishers can use Powr in various ways. Once publishers sign on to the program, they have access to a video syndication network with content providers such as Fox, Billboard, Cheddar, NowThis and ViralHog, as well as YouTube creators. Publishers can pick and choose what clips they want to use alongside their editorial.

Hillman said over 10,000 new clips are added to the site each day. The Powr video player can also choose relevant clips for publishers automatically, using its contextual video matching technology.

Powr video creator and publisher partners are invite-only, ensuring a “brand safe environment for content creators and sites they are being syndicated to,” Hillman said.

“It starts with choosing the right partners,” Hendrix added. “We want to work with reputable brands that already have high quality premium content, stuff good for all audiences — from your little niece to your grandmother.”

How can publishers and video creators make revenue using Powr? The platform comes with a full ad stack, should publishers need that as well as a direct ad sales team. “You can use your own ads, or a mix of both” Powr’s ad stack and publishers’ own, Hendrix said.

One of Powr’s case studies centers on Odyssey, a user-generated content site, which “has seen a big uplift in revenue and engagement.”

Odyssey has “not only eclipsed our first monthly video views benchmark of 10 million, but we have also seen a 59% increase in revenue, 30% increase in effective CPMs and 28% increase in monetized impressions compared to other platforms and players” claims Eric Fernandez, director of ad operations, Odyssey.

An Odyssey article titled “Nike's Latest Campaign Starring Colin Kaepernick Provokes People With Its Bold Statement” displays a video on Nike airing the Kaepernick ad during the NFL opener, for example, which plays after a pre-roll ad.

A new user interface will also launch in the coming weeks.