Sir Martin Sorrell -- A Look Inside The Man And S4 Capital 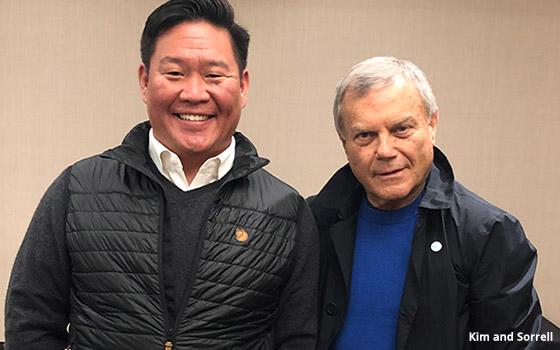 It might have been a movie starring Benedict Cumberbatch in the role of Dominic Cummings, who headed the Brexit campaign that sparked the theme for Sir Martin Sorrell’s latest business venture, S4 Capital, which combines creative, data and programmatic.

The line in the movie that caught his attention — "take back control" — reminded him exactly of how his clients felt, especially when it comes to data.

In the advertising world, S4 Capital’s new model is clearly “a shift toward transparency and trust,” Sorrell told Media Daily News at the IAB Leadership Summit in Phoenix on Tuesday.

Sorrell has been noted as being a brilliant visionary in the advertising industry, but is quick to give the credit to others. The company's strategy, in fact, came into focus after Sorrell analyzed WPP’s $20 billion portfolio in which he identified these growth areas.

Don’t call S4 Capital a holding company for MediaMonks, and MightyHive, which Pete Kim co-founded and remains as CEO. He refers to S4 Capital as the parent company that takes the lead on digital content, data, and media planning and buying.

About 1,200 people in 13 countries support clients. Until next week, anyway, when the company will likely announce the fourteenth country — India — Sorrell acknowledges.

S4 Capital’s mantra — faster, better, cheaper — refers to a purely digital operation that helps brands build a direct relationship with consumers with advanced data models. It may be similar to the one Netflix uses, which Sorrell admires.

When asked about future acquisitions, Sorrell said the company needs to prove the concept first. “This is not an acquisition machine,” he said. “It’s an organic growth machine.”

Sorrell estimates about 50% growth on bottom and top-line revenue from organic growth this year. Analysts forecast about $225 million, with a market cap of about $650 million, per Sorrell.