Hispanics' Lifetime Spending To Top Others' By $500K 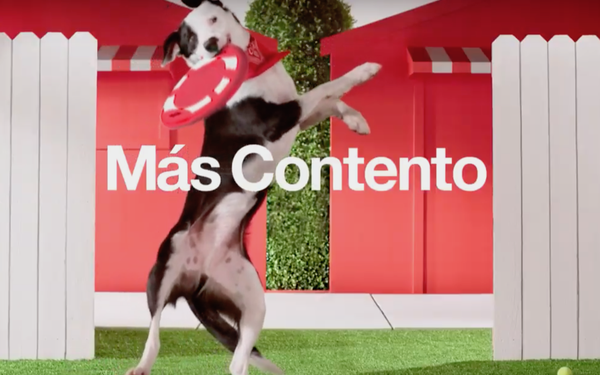 Just in time for Cinco de Mayo, Claritas has released a new report on the growing economic power of America’s 64 million Hispanic people. It’s no secret this segment of the population is fast-growing and increasingly coveted by brands ranging from Target (whose Spanish-language ad is above) to McDonald’s to L’Oréal.

The report details the group’s enormous burst of buying muscle, projecting that Hispanic households will outspend non-Hispanic white counterparts by “well over half a million dollars during the remainder of their lifetimes.”

In fact, while spending patterns vary by category, Claritas says the average Hispanic household will spend roughly $539,000 more than the average non-Hispanic White American household over their respective remaining lifetimes.

Much of that stat comes from simple math: with larger average household size, Hispanics consume more.

But the market research company says rising Hispanic earnings and the increasing population diversity of millennials are rewriting the rules for all marketers.

Hispanic families spend less overall on consumer goods and services, but fork over roughly $2,300 annually on all categories of apparel, about 5% more than average. And they spend $4,740 annually on food at home, which is about 1.4% more than the average household. They also buy about 17% more soap, laundry products and cleaning supplies.

Hispanic consumers also represent the most enthusiastic audience for every social media app except LinkedIn, and are one of the heaviest segments in smartphone use.

In addition to growing numbers, with the report predicting a population increase to 72 million by 2024, there's also a shift in geographic areas.  While Los Angeles, New York, Houston, Miami, Dallas, Chicago and San Francisco continue to be among the most heavily Hispanic, Phoenix, San Antonio, Sacramento and San Diego are all showing strong growth, as is the entire Southeastern U.S.

The report also notes shifting degrees of Hispanicity, which it categorizes by country-of-origin, life stage, socioeconomic strata, income and media usage as well as shopping preferences.

For instance, 17.1% are what the report calls Americanizado, a group likely to be third generation, speak little Spanish and shop at Whole Foods Market.

About 12.6% are at the other end of the spectrum, called Latinoamericana. This group is typically made up of recent immigrants who speak little English and are least likely to use the Internet.

The largest segment, at 29.2%, called Nueva Latina, features those born in the U.S. While they have many Hispanic cultural preferences, they prefer to speak English.