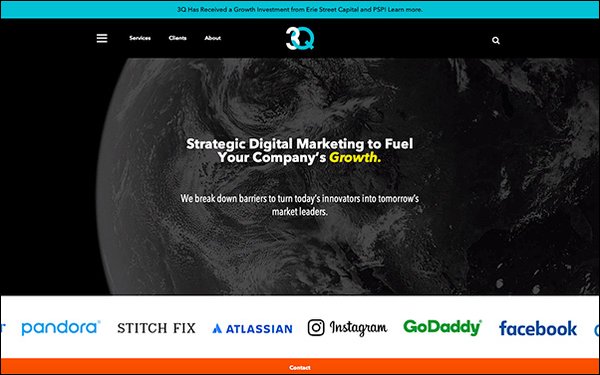 Search and performance agency 3Q Digital has received a “significant” growth investment, which is typically reserved for established companies.

The undisclosed investment amount will support continued expansion of 3Q’s portfolio of media services, as well as marketing technology. The funding, from PSP Capital and Erie Street Capital, will allow it to expand geographically.

“It was a lot of work, but worth it,” said 3Q Digital CEO David Rodnitzky. “We’ll use the funding for new hires and acquisition.”

The investments will likely bring in data technology and a variety of media channels. Some are “complementary,” such as traditional media, which will become programmatic- and performance-based, he said.

Harte Hanks acquired 3Q in 2015 with big plans to expand its portfolio of services. Then Rodnitzky and crew led a buyback in 2018.

3Q now employs more than 300 staffers across 10 offices in the U.S., Europe, and Asia, managing about $1.3 billion in annual digital media spend on behalf of its clients. The agency supports a variety of companies, including what Rodnitzky calls some of the “most prominent disruptive” companies in the world, via paid media, search engine optimization (SEO), analytics and data science, creative, conversion rate optimization and management consulting.

Investors at PSP Capital and Erie Street Capital told Search Marketing Daily they have been interested in the transformation of the digital media landscape for some time. They have looked to invest in a company that combines expertise, experience, innovation and a cultural fit with their respective firms.

Significant investments in growth typically come from firms willing to put in the time to help the business grow. “Investments sometimes come from venture capitalists, but you’re not expecting them to sit side-by-side with you in important meetings,” Rodnitzky said.

The two firms hope to build on 3Q’s successes and expand the company’s client-service capabilities. This includes everything from international and M&A to supporting internal tools and systems.

While there are no other planned investments for 3Q by PSP and Erie Street Capital, the investors foresee opportunities in the future to provide additional support.