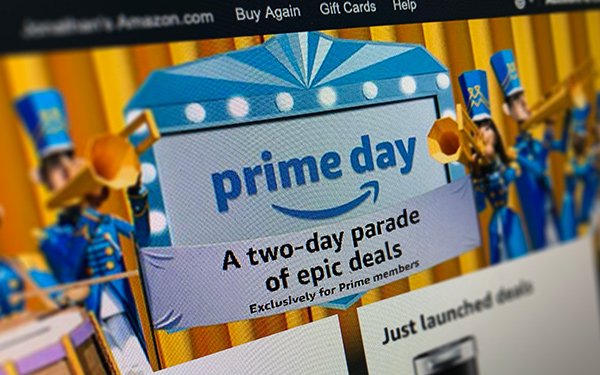 It’s difficult to understand why Prime Day remains so successful, until you think of it as benefit to a loyalty program specifically designed to connect brands with consumers by searching on keywords across the Amazon marketplace.

Search ad spend will grow 22.5% to $13.12 billion this year, according to eMarketer -- with retailers spending the largest share, at nearly one-quarter of the total U.S. search market.

About 58% of respondents to a Clarus Commerce survey of 1,000 consumers in March 2019 say they belong to a premium loyalty program. Some 65% of them will join additional programs in the next 12 months.

Amazon's loyalty program also has room to grow. About 31% of consumers say they have yet to join a paid loyalty program because the retailers they shop with do not offer one. Through Prime, some of them do.

When it comes to "special" benefits, 87% of consumers who are satisfied with the loyalty program will likely choose that retailer over a competitor offering a lower price.

Prime Day also gives Amazon an advantage to compete with Google. As of yet, the search engine lacks a loyalty program for Google Shopping.

And while big opportunities exist for brands to build loyalty during Amazon Prime Day, one of the major challenges is the rate of returns from purchases.

Emerging technologies such as augmented reality might help to choose the correct products, but Prime Day seems to increase impulse buys, according to Taylor Schreiner, principal analyst at Adobe.

The ability for consumers to buy online and pick up in-store has become an option for consumers who don’t want to wait for the products. Adobe estimates this practice experienced a 65% jump in use during the 2018 holiday shopping season, from November 1 through December 31, 2018.

Consumers are typically drawn to shop online and pick up in stores for less expensive items, resulting in smaller average order values. Prime Day, however, increased the amount for buy-online and pick ups in-store to the online average of $146.

Email and video will become keys to success. In the report Schreiner notes that Prime Day sale increases in 2018 had a direct correlation to email campaign among the top retailers.

Salesforce predicts strong conversions on mobile, based on research examining 500 million shoppers and 1.4 billion site visits. Sales on mobile devices are expected to reach 49%, with 66% of visits coming from mobile, according to the Amazon Prime Day 2019 News and Predictions report. Compare that with 44% and 61% last year, respectively.