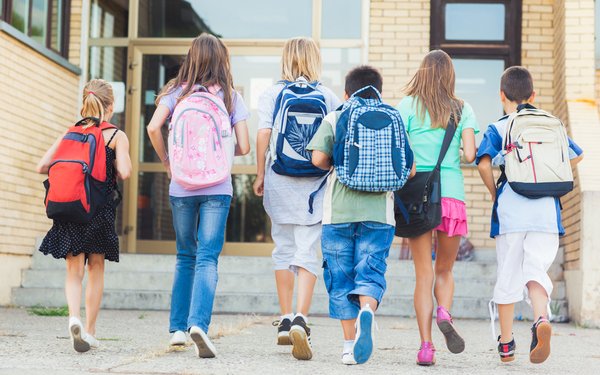 Women ages 35 to 49 are the average back-to-school shoppers for their family across the Microsoft Advertising search network, according to data recently released by Microsoft.

Shoppers going back to college will spend $942 on average, whereas shoppers for kids returning to school from kindergarten through grade 12 will spend $685, according to the data.

The analysis of search trends and online behavior comes from Microsoft’s proprietary data conducted by the company’s Retail Industry Analytics team, and is intended to help search marketers plan their back-to-school search-targeting strategies, optimize campaigns, and gain deeper insight into the back-to-school shopping audience across the Microsoft network.

Shoppers make multiple trips to purchase what they need. On average they make 16 trips and visit seven different retailers. On the Microsoft network, electronics, clothing and school supplies are the most popular items. The shoppers who shopped for electronics also shopped in other product categories, at 69%.

Consumers in the market for backpacks, bags and accessories also shopped for clothing, electronics, and footwear.

Families with college students are expected to spend an average of $976.78 this year -- up from last year’s $942.17, according to the National Retail Federation.

Across the Microsoft network, educators spend on average between $453 and $1,014 of their own money on items for classroom use each year.

For students, electronics ranked highest in volume of searches overall during the survey. Beauty and storage ranked lowest, but saw a spike in September of 2018.

Overall, the heavy back-to-school shopping season on the Microsoft network runs from early July to early September. There are two peaks in terms of search activity. One at the end of July and the other occurs around Aug. 19, 2019.

Microsoft’s team wanted to analyze the timing on the two peaks, so analysts looked at the data geographically and found the Southern states tend to begin earlier in the year, compared to Eastern and Western states.

The earlier peak is driven by the South. The second peak that begins in mid-August is driven by shopping activity on the Eastern and Western coasts.
The team then looked at school start dates to determine whether the peaks correlate to the number of days before school begins.

Microsoft found that a significant number of consumers, regardless of school start dates, begin researching their shopping options more than a month in advance.

Forty percent of BTS search-related activity begins three weeks prior to the start of school.

Estimates from eMarketer also suggest that the earlier people begin shopping, the more they spend.

For example, people who start shopping earlier than July -- about 10% -- will spend around $532 on back-to-school items. Those who shop later in July will spend about $543.

Early August shoppers will spend $473, and those shopping in late August on average will spend $384.

Microsoft tells marketers to be more aggressive in targeting earlier in the season, consider geotargeting campaign to focus on rolling school start dates, and keep BTS consumers in active remarketing lists longer because their needs will shift as the season progresses.