83 Days Until Christmas -- When Will Marketers Spend Budgets? 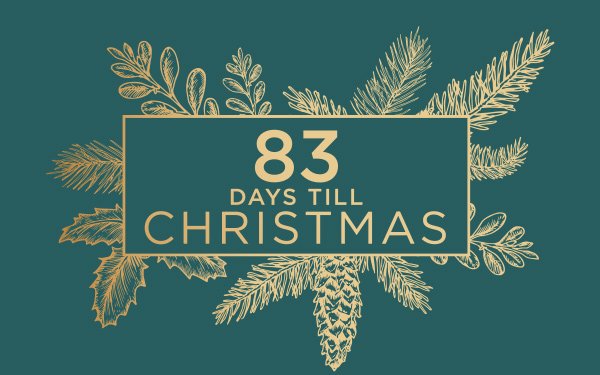 Kantar Media released data Thursday that should have all marketers focused on the 2019 holiday season and when to spend their budgets.

Although marketers spent 6% less during the Winter Holiday 2018, defined as three weeks prior to Thanksgiving through the end of the year, compared with the prior year, Kantar expects ad spending for 2019 to rise, according to the analysis.

For search in 2018, 92% of all clicks for ads analyzed with the 2,500 retail product keywords went to product listing ads over the Black Friday-Cyber Monday weekend, with mobile PLAs accounting for nearly 67% and desktop PLAs accounting for 25%. Desktop text ads drove 5.9% of total clicks, while clicks on mobile text ads made up 1.9%.

Overall, retailers made up 11% of all advertising in 2018, with automotive the next-highest spender at 9%.

During the winter holiday, retailers spent a total of $3.7 billion on advertising, or 13% of overall spend from all advertisers during the period. This reflected nearly a 6% decline compared with the 2017 winter holiday advertising budget of $3.9 billion.

During the first half of 2019, retailers spent 4% more on advertising compared to the prior year. Based on early spending, Kantar expects retailers to increase their budgets for the 2019 holiday season.

Kantar analysts looked at media ad expenditures and the content of ad messaging across online, newspapers, maga­zines, radio, and television in English and Spanish-language ads. It also looks at the timing of the ad spend.

Digital media’s share of retail spending from companies like Kohl’s, Walmart, and even Amazon during the holiday period continues to grow with top retailers heavily increasing their digital budgets for 2019, per Kantar.

And while who spent what seems interesting, it turns out that the timing of the ad spend during the holiday season is one of the most telling data points in the analysis.

General-purpose retailers such as discount department stores Walmart and Target spent slightly higher than average before Thanksgiving, while Amazon spent more both during Thanksgiving week and post-Thanksgiving.

Amazon’s fast shipping policies make the online marketplace a good choice for last-minute gift buying. Thanksgiving day itself has also emerged as a strong opportunity for ecommerce, allowing consumers to get started with holiday shopping without having to brave the stores.

In the home improvement and housewares categories, higher spend before Thanksgiving is common. Home Depot and Lowe's target consumers who may be in the market to make home improvements or install holiday decorations for seasonal guest and parties.

HomeGoods is one notable exception, allocating 64% of its ad spending to the period after Thanksgiving. This is likely due to the company’s focus on joint ads across its TJ Maxx and Marshalls brands, changing the focus to gift-giving.

Large jewelry retailers invest more than average on the week of Thanksgiving or Black Friday. Merchandise from this group is priced higher than other types of retail, so capitalizing on a week when consumers are seeking out discounts and sales can help increase profits. Zales was the only top jewelry retailer that allocated more than average in the post-Thanksgiving weeks.