Your Brand Needs A Gender Shakeup 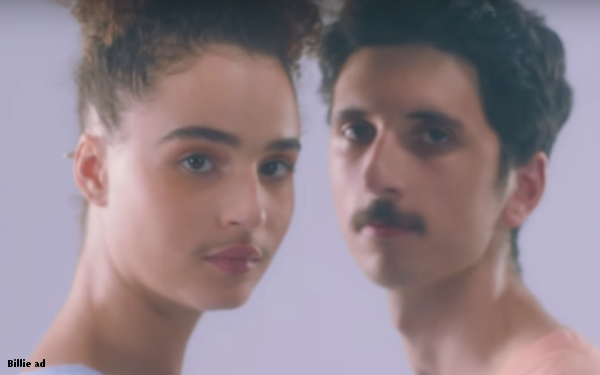 While most brands still approach marketing from a distinctly male-versus-female perspective, younger consumers just don’t see it that way.

A new report from Forrester finds brands that cling to an either/or mindset have already lost relevance, ceding ground to companies that are happy to navigate a more fluid approach. We asked Dipanjan Chatterjee, an analyst and study co-author, to tell us more about the research.

Marketing Daily: What made you decide to research gender in marketing?

Dipanjan Chatterjee: It started with my study of D2C brands. I was fascinated by companies like Billie, the women’s razor company that bills itself as “female first.”

The marketing approach was so different — up until then, women’s grooming products never showed a follicle of hair. And here’s this brand that says, “Don’t pay attention to cultural constructs – have as much or as little hair as you want.”

MD: Body hair seems like the Ground Zero of gender marketing  – companies like Harry’s have dug in.  These companies target younger audiences, so is this mostly an issue of generational marketing?

Chatterjee: Somewhat, since 52% of millennials believe gender is a spectrum, and 12% identify as trans or nonconforming.And 56% of those between 13 and 30 personally know someone who prefers gender-neutral pronouns.

So younger people are more progressive. For Gen Z, this question isn’t just about gender, but an issue of fairness. They are uncompromising — they want things to be fair for all races and genders.

So to a degree, it makes sense that brands that specifically target younger consumers are leaders [in this issue]. But as these consumers age, it’s becoming more and more mainstream. Companies like Coca-Cola, Target and MasterCard know it.

MD: Which categories are leading the way?

Chatterjee: Well, certainly men’s personal care — 56% of American males used some kind of a facial cosmetic last year. Birchbox, another D2C company, even changed its site navigation from “women’s” and “men’s” to “beauty” and “grooming.” But it does touch all categories. Women now account for 45% of new-car purchases.

MD: Many CMOs may think this is as simple as including obviously trans people in ad messaging. Is that enough?

Chatterjee: It’s a start, but it’s more complicated. Brands need to realize this is a mindset much bigger than recognizing transgender people.

Even people who see themselves as male or female —by far, the majority of consumers — think marketers don’t understand gender. About 76% of females and 71% of males say the way they’re portrayed in advertising is out of touch. Those issues are much bigger than advertising.

Chatterjee: Pricing is critical. Consumers are painfully aware of the “pink tax,” that brands have long sold essentially the same products at different prices. And they hate that — it isn’t fair, and they know it.

So are operations. United Airlines recently added an “X” and “U” option for online flight booking, instead of just “M” and “F.” That might seem pretty simple, but there's a fair amount of backend stuff that has to happen to support that.

And MasterCard lets people put a different name on their credit card than their legal name, which solves a real pain point for trans people, who have to jump through so many hoops. It’s thoughtful and more significant than just running an ad.

MD: What brands are leading?

Chatterjee: The ones that understand this is bigger than a Pride Month ad. Certainly Nike. Apparel brands H&M, Ralph Lauren and Zara. Luxury brands like Chanel.

What these brands understand is that the change in gender thinking is really about the rise of personal preferences. We looked at a linguistic analysis of social media posts about gender and found that “individuality” is the fastest-growing conversation theme.

We are moving to a different kind of attitude and expectation. There's no running away from that. And of course, it rubs some people the wrong way.

MD: Many people — about  25% of adults in the U.S. and 36% of Republicans, according to PRRI research  — say they are more opposed to rights for trans people than they were five years ago. Don’t brands risk a backlash?

Chatterjee: Certainly, some brands will. But as time goes on, companies that serve those customers will get squeezed into niche segments, because of the demographic changes we’re talking about.

There will be a place for them. But they won’t be mainstream.