No Running Boom: Athletic Shoe Sales Plunge As We All Stay Home 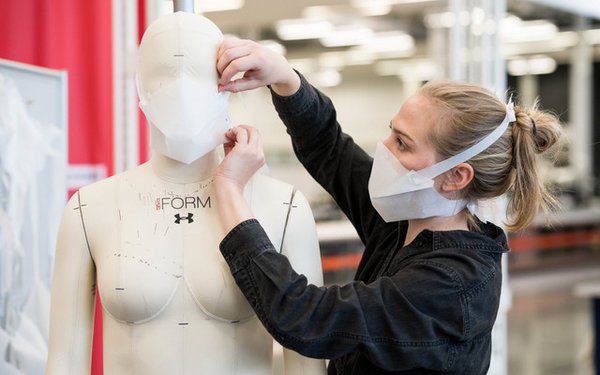 Above: Under Armour is making personal protective equipmen for healthcare workers.

Thought you’d use this period of self-isolation to start running again? If so, you’re probably pretty lonely. Sales of athletic shoes are plunging, according to industry sources.

With stores closed, retail sales of athletic footwear in the U.S. fell 76% in the latest week tracked by NPD Group, following a 65% decline in the previous week. Sport lifestyle and running shoes, the largest categories, declined in the mid-70% range, writes Matt Powell, NPD’s senior industry advisor for sports, in his latest analysis. Basketball and skate shoes fell 80%.

And while Under Armour Footwear and ASICS are suffering most, down about 85%, “there are no bright spots,” Powell says.

Nike’s sales have fallen 75%, while Adidas, Vans and Jordan are off about 70%. The figures don’t include either ecommerce or D2C sales.

Under Armour, already under pressure from its ongoing restructuring plan, is especially hard-hit. The company has furloughed some 6,600 workers at its retail stores, as well as distribution centers.

Calling the virus an “unanticipated shock to our business,” execs are taking a 25% pay cut. And while Under Armour withdrew its forecasts for the year (as so many companies have done), it expects to incur restructuring costs of between $475 million and $525 million this year.

And while many apparel manufacturers -- including Nike, Gap and dozens of others -- are jumping into emergency production of personal protective equipment, the Baltimore-based Under Armour is leveraging its proximity to both Johns Hopkins University and the University of Maryland to aid in the crisis.

“More than 50 Under Armour teammates, from materials scientists to footwear and apparel designers from laboratories in Baltimore and Portland, quickly came together in search of solutions,” says Randy Harward, senior vice president of advanced material and manufacturing innovation at Under Armour, in the company’s release.