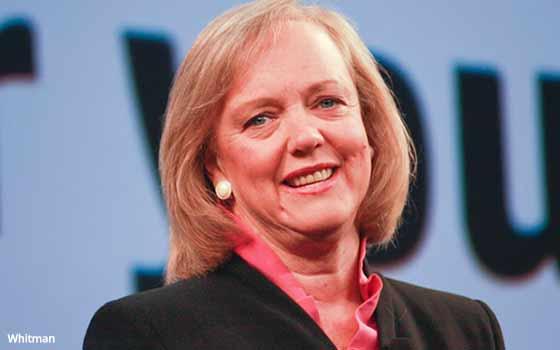 Whitman offered the update during an interview with CNBC’s “Squawk Box” on Monday morning.

According to Whitman, however, the health crisis and its sheltering mandates have not reduced Quibi’s appeal. “It hasn’t hurt us at all,” she said on Monday. “It turns out people have in-between moments at home.”

Whitman qualified her celebration by noting that Quibi is a new brand — suggesting it would be unfair of critics to compare its launch to a more established rival, say Disney+.

Within a day of its launch in November, Disney said its streaming service had surpassed 10 million subscribers.

Whitman also acknowledged that users are still enjoying Quibi’s 90-day free trial, which was put into place in response to the pandemic. If users wish to stick around after their first 90 days, they will have the option of paying $4.99 per month for an ad-supported version of the app, or $7.99 per month for an ad-free version.

To drive downloads, Quibi is also offering various promotions, including a free year of service for select T-Mobile customers.

Amid a general climate of economic uncertainty, Whitman wasn't ready to predict how well app downloads will translate to paying subscribers.

“We’ll see where we go from here,” she said. “We’ll know when [people who have downloaded the app] will be able to pay, which will be about three months from now."

Expressing optimism, Whitman noted that consumer demand for content is generally on the rise. In addition, 80% of people who start watching the first episode of a Quibi series are viewing those episodes in their entirety, she said.

Quibi launched earlier this month with about 50 programming titles, which range from reality shows to scripted series.

Launched as a mobile-only service, Whitman said the current state of affairs had inspired her team to accelerate its expansion to other platforms. For example, she said Quibi’s engineering team was working on ways to “cast” its programming to users’ TVs.

Regarding such a feature, Whitman said: “It was never part of the launch ... but if we had known about COVID, maybe it would have been.”

As for concerns regarding ad revenue, Whitman said Quibi had already sold out its year-one advertising to 10 brand partners.

“We’re set until April of next year,” she said.

Some of Quibi’s partners include Anheuser-Busch InBev, Google, Procter & Gamble, PepsiCo, and Walmart.

Quibi also announced it will be releasing new episodes in series, and new shows, on Mondays. This week's introductions include three unscripted series: "Elba vs. Block," starring Idris Elba and Ken Block; "Fight Like a Girl," starring the WWE Superstars; and "Let's Roll" with Tony Greenhand.