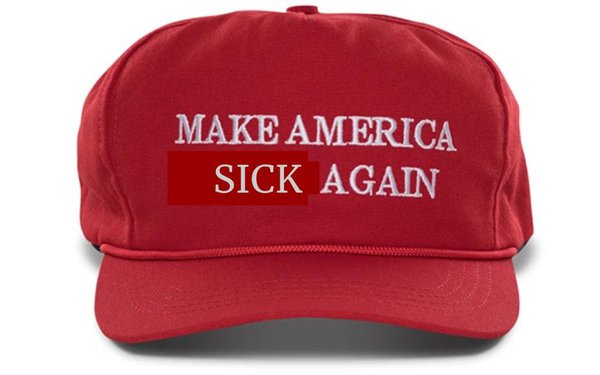 Given that it's Earth Day, it's probably appropriate to discuss America's partisan split between those who believe in science and those who follow populist political rhetoric that campaigns against it. But as shocking as right-wing denial of climate science has been to me for decades, I can't for the life of me figure out why the right-wing is currently denying medical science -- not just for the life of me, but for all of them too.

But that clearly is the case, as the #MAGA movement becomes the #MASA movement, as in, "Make America Sick Again."

After weeks of state, community, private sector and individual self-imposed efforts to contain the COVID-19 pandemic, the right-wing is begun politicizing it as a violation of their civil liberties, or even worse, a left-wing conspiracy to sabotage the economy, ostensibly to hurt the President's chances of being reelected.

Aside from literally being suicide, it's another example of right-wing politics denying science it finds inconvenient -- you know, the truth.

There's a bounty of research to prove it, including this week's Ipsos COVID-19 tracking study, which shoes the spread between Republican and Democratic voters continues to widen over concerns about COVID-19, as well as trust in federal vs. state governments to deal with it. Or a just-released poll from CNBC and Change Research showing the same for the key battleground states: North Carolina, Arizona, Pennsylvania, Michigan, Wisconsin, and Florida.

But unlike climate science which informs us about existential threats that may seem abstract and far away, the epidemiological science of COVID-19 deals with something tangible and immediate, so one way or another we will know which side of this "political" debate is right.

How that will play out by November is anyone's guess, but as the President is fond of saying, "We'll see what happens."

In the meantime, happy Earth Day! 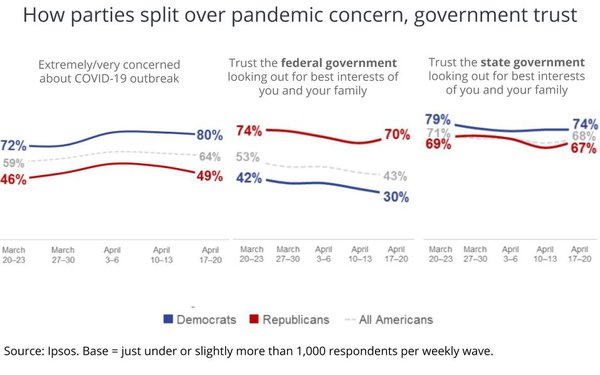