A Delicate Balance: Masks At Retail 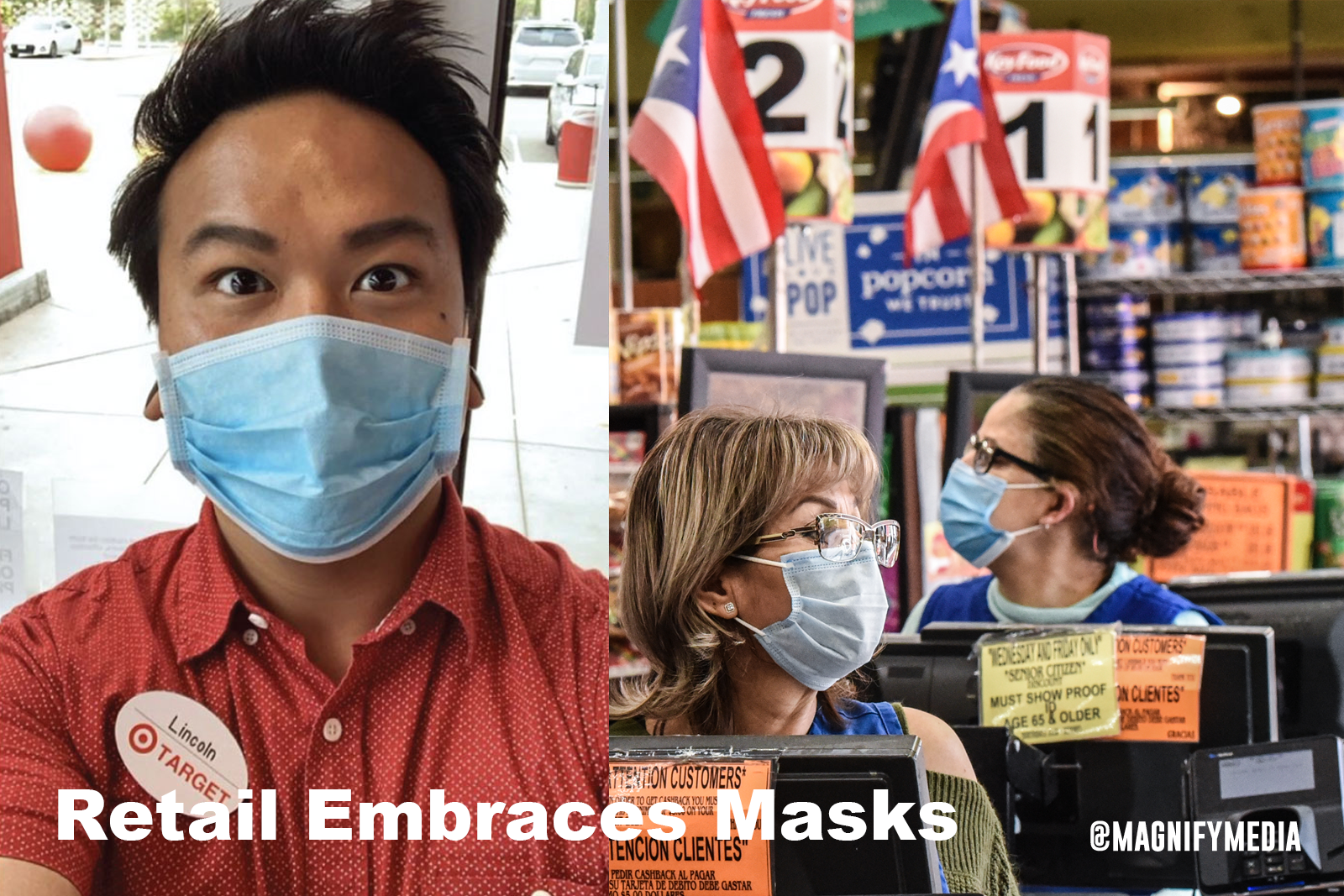 As the retail world wakes up from its three months of forced vacation, there’s one challenge that all commercial entities are struggling with: What to do about masks.

Masks are complicated. There’s the public health issue. There is the just-bubbling-below-the-surface political issue, and there’s the commercial issue.

As for public health: It’s pretty clear now, based on reports from the CDC and World Health Organization, that masks do help control the transmission of the COVID-19 virus. So for anyone who serves the public, the health of customers — and just as importantly, employees -- benefits from both parties wearing masks.

Guided by public health findings, chain stores like Costco, Target, and Trader Joe's have made policies requiring masks to be worn in their stores. The challenge here is that the policy has to be enforced by store employees, who lack training or experience in doing so.

The one notable exception so far has been the movie chain AMC, which announced it wanted to stay "out of politics" and so would not require masks in its theaters when they reopen. That ironically threw them into a massive political debate, so just days later AMC rescinded that decision. Now all customers who enter AMC theaters when they reopen mid-July will be required to wear masks. So the jury seems to be in on that matter.

At the same time airlines, though desperate to get customers back in the air, presumably have little wiggle room in this regard. Anyone flying who doesn’t wear a mask and/or takes it off will be asked to leave the plane and may be banned from the airline -- though, according to an early-June report in The New York Times, there have been some bumps in making sure passengers comply.

Here’s a local example of the retail issue. Last weekend I ventured out, after almost three months of lockdown, to shop at a local grocery store full of delicious delicacies. It’s notoriously crowded as people jostle in front of the deli counter to get their smoked meats.

Interestingly, everyone in the store was wearing masks -- both employees and customers. Still, there was one elderly woman who had a mask dangling around her neck. A store employee walked up to her and asked her to put it on. She looked frustrated and said to no one in particular “I just need to get my peanuts.” The store employee patiently suggested that she could get her peanuts with a mask on. The other customers glanced at each other knowingly.

All in all, masks will improve public health, keep the virus from spreading, and make customers more comfortable as they gingerly return to in-person retail.

And yet there is the question of whether or not wearing a mask -- or more directly, not wearing one -- is a political statement.

Here is the issue emanating directly from Washington. Federal health officials are consistent in their statements. From Dr. Fauci to the CDC, masks are cited as critically important. There’s been little real wiggle room in this regard.

And then there is the President of the United States, who tacitly repeats this advice while at the same time flaunting his disregard for it. Consumers who support the president find themselves in conflict with retailers, as shoppers try and act on what they think of is their right not to wear masks.   This has resulted in some altercations and even in one case, a fatal shooting at a Family Dollar store in Flint, Michigan.

So at this point, it all comes down to data. In states or cities where mask-wearing is required but ignored, tracking increased hospitalizations as economies open up may be the only way to convince people that masks do protect their health,  and maybe even their lives.

In New York, which was for some time the hotbed of the COVID-19 pandemic, mask-wearing has become part of daily life -- on city streets, in parks, and as retail reopens in stores, bars, and restaurants.

Masks are no longer seen as awkward or unusual. It’s a matter of public health. They are essential. But retail is hardly in any position to turn away paying customers. So it's a delicate balance.