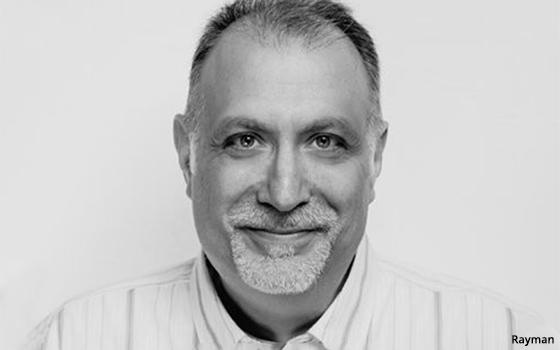 For more than 25 years, Rayman has helped many of the world’s leading brands foster deep connections with consumers and incorporate digital experiences into their core business.

In 2011, he founded Tenthwave Digital, a tech-driven marketing agency acquired by Wirestone, and became part of Accenture Interactive.

Rayman also founded i33 communications, which went through an initial public offering. It was one of the first digital agencies focused on creative and technology, which he eventually sold to 360i. Rayman also co-founded Ben Lido, a DTC travel-kit brand, to create a lifestyle brand.

The road to entrepreneurship and creative advertising and marketing began, in a way, when he was an assembly-line worker at the Ford Motor assembly plant in Edison, New Jersey. It was there, at 18 years of age, that he realized he wanted to make a living using his mind rather than just
his hands.

“I was making Ford Pintos,” Rayman said. “I knew it was important to make ideas and creativity matter.”

At college, he tried his hand at accounting, but realized he had a love of marketing and design.

Search & Performance Marketing Daily spoke with Rayman to talk about advertising, marketing, and the future of the D2C ecommerce practice at Harte Hanks as the agency teaches brands how to act more like a direct-to-consumer company -- even large brands that need to own their data.

Search & Performance Marketing Daily:  You’ve had an amazing career. What’s the best piece of advice you’ve received during your career and who gave it to you?

Drew Rayman:  The advice is simple -- follow the customer. If they moved into search, I would create the best search practice. If they went into social, I would do the same. For Duncan Hines, we led that effort in my i33 communications days.

That’s why five or six years ago I followed that same advice and went into ecommerce. Be ahead of the game and not just a follower.

SPMD:  What impact did working on Ford’s assembly line have on your life?

Rayman:  It was great experience as a young kid to work with my hands. If there was any motivation for me, I wanted to find a career where ideas made all the difference in the world.

That was a very structured and closed environment that didn’t allow for that type of thinking. It wasn’t for me. It paid well, but I didn’t feel fulfilled. I really felt a scramble to find an industry that rewarded creativity and forward thinking.

Rayman:  I love information that comes from every conceivable source. It does focus on digital. I mostly read history, such as The Rise and Fall of the Third Reich: A History of Nazi Germany, and I love books on The Beatles. Revolution in the Head: The Beatles Records and the Sixties breaks down every Beatles song.

I’m fascinated with the songs, especially "Strawberry Fields Forever," which is my shining inspiration. It’s the best song every written and recorded.

It all came from a simple question. George Martin thought they were losing their creative edge -- feeling a little tired from being on the road -- and he asked John and Paul to write a song about their childhood. John wrote "Strawberry Fields" and Paul wrote "Penny Lane." That ushered in the era of "Sgt. Pepper’s Lonely Hearts Club Band."

SPMD:  What is your goal this year at Harte Hanks?

Rayman:  I want to optimize ecommerce and build the best-in-class agency for D2C. We have the people, tools, and knowledge of search and content. We will help our clients win the buy box.

We’re optimizing the digital shelf better by blending the keyword search data on platforms like Amazon and Walmart, but we’re adding in data from Google and Microsoft, which tells us why people search and what they search for.

Then we add in data from our behavioral index, which keeps us better informed on how global events influence consumers. It’s a complete understanding of why, and we see things others can’t or don’t.