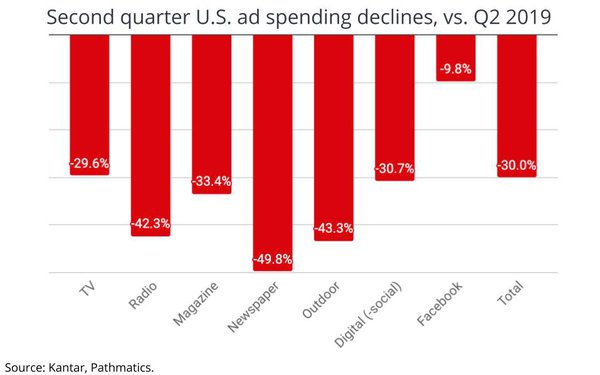 U.S. ad spending fell 30% during the second quarter of 2020 vs. the same quarter in 2019, but the erosion was far more pronounced for traditional media -- especially print, radio and out-of-home, according to findings of a new analysis from Kantar and Pathmatics.

The analysis -- also the first to provide a detailed accounting for social media platforms, such as Instagram and Twitter -- shows they are making significant share gains in the U.S. media mix.

With the inclusion of Instagram and Twitter as well as Facebook, which has been previously tracked, social media accounted for $7.2 billion worth of U.S. ad spending, or more than a fifth (20.9%) of all ad spending in the U.S. during the second quarter of this year.

The ad-market trackers attributed the pronounced share shifts year-over-year to the same factor that other trackers and forecasters have: the COVID-19 pandemic, and the fact that many brands cut traditional media spending and moved more into digital channels, especially social.

"Social media use is exploding while Americans spend more time at home, and despite a major Facebook advertising boycott in July, social platforms on the whole remain valuable, wide-reaching tools for advertisers” Pathmatics CEO Gabe Gottlieb, said in a statement released with the analysis. 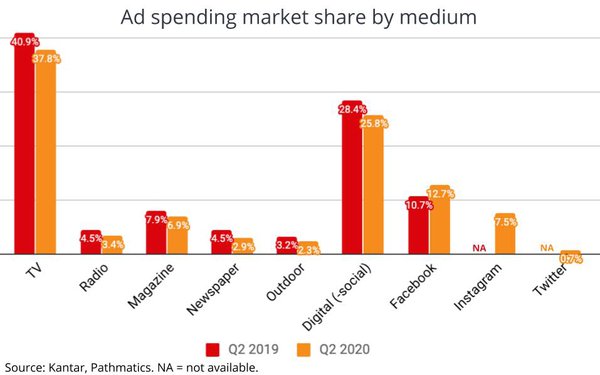 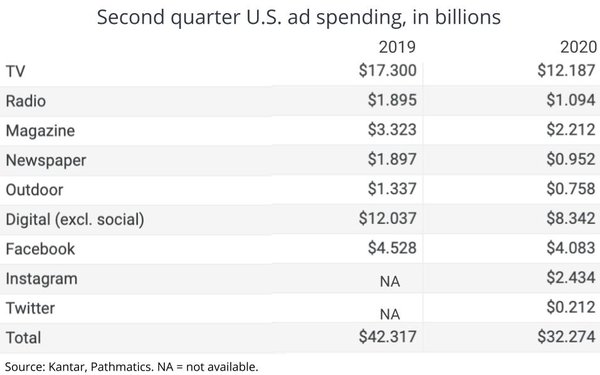