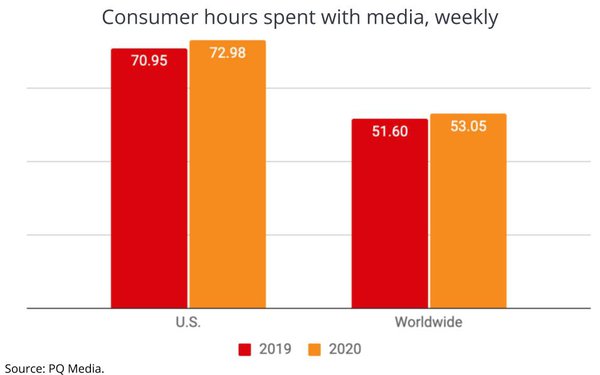 The forecast, which is being released this morning, shows the time the average American spent with all forms of media rose 2.9% to 73 hours weekly in 2020, largely due to the impact of the global pandemic.

The time spent by the average global citizen rose 2.8% to 53 hours weekly, according to the new forecast.

But given a corresponding erosion in ad spending, coupled with greater adoption of subscription streaming services and other media during 2020, the share of time spent with ad-supported media fell to 44.8% in the U.S. and to 65.8% worldwide -- both of which are historic lows since PQ Media has been tracking it.

“The prime beneficiaries of this paradoxical growth surge in media usage were consumer-supported media, particularly digital video, audio, games, social media and chat services," states PQ CEO Patrick Quinn, adding: "There’s no doubt that streaming media as a group were the hands-down winners in an otherwise loser of a year for many media stakeholders, particularly those dependent on advertising-driven media. 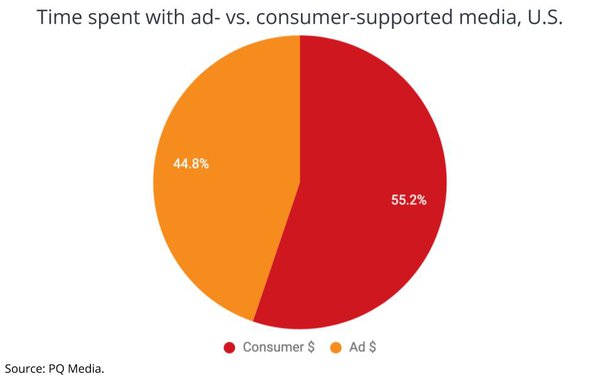 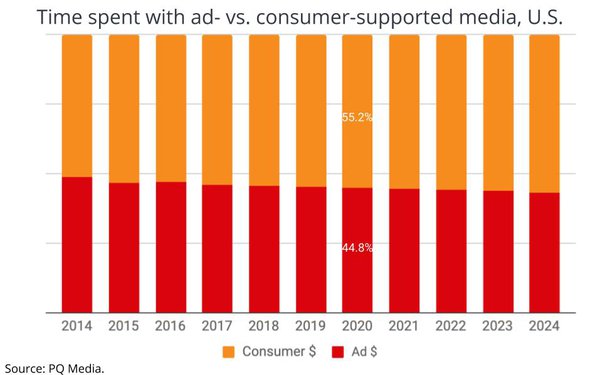 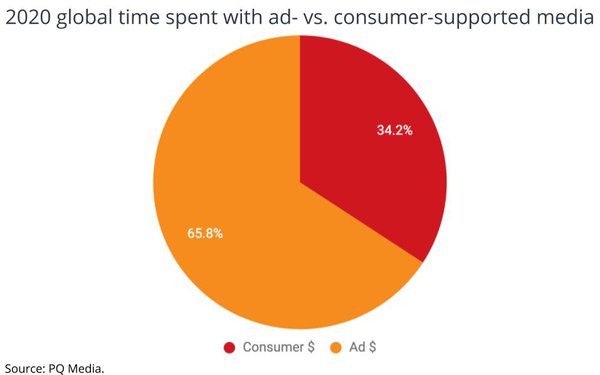 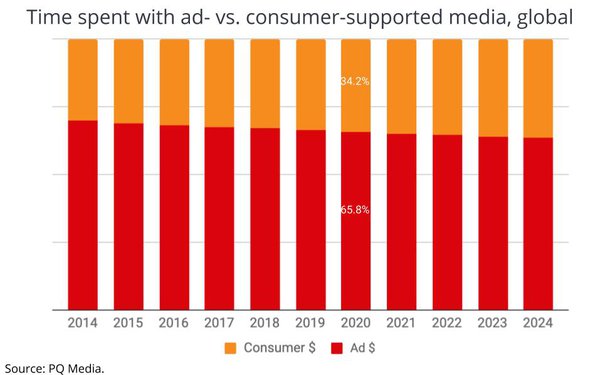