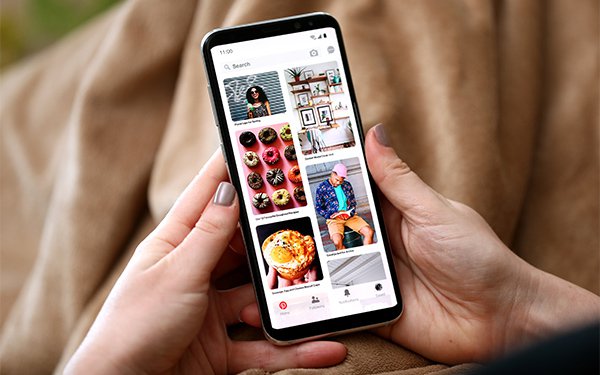 Pinterest will launch its first brand campaign this year, according to a source involved in the planning. The idea is to reintroduce the company to the world in a new way.

The branding campaign was not announced at Pinterest’s first-ever partner and advertiser summit this week, but this year will prove to have many firsts for the company, which was founded in December 2009.

At the partner and advertising summit, the company made announcements focused on video, shopping, and making its trend data actionable.

The event -- spearheaded by the B2B Marketing team led by Jim Habig, global head of business marketing at Pinterest -- was the company’s first virtual

People who use Pinterest watch about 1 billion videos daily. Based on the increase in video uploads during the past year -- about 800% -- Pinterest created the marketing tool, called Pinterest Premiere. It allows advertisers to own an exclusive video placement in the home feed that targets a specific demographic, interest and/or category during a specified time.

Video views rose 100% year-over-year in the fourth quarter of 2020, per Pinterest date.

Pinterest -- which boasts 450 million people using the platform monthly -- also described the Conversion Insights tool that will help advertisers see promoted organic metrics in one report, along with new ways to understand attribution windows and paths to purchase through Pinterest’s growing ecommerce business.

Pinterest Trends is a self-service platform that allows U.S. marketers to see short- and long-term trends on how people interact with their brand through data and graphs that help them optimize performance.

Advertisers can use the information to inform their paid and organic campaigns, whereas in the past Pinterest had to pull the data manually.

The event covered topics such as how to support small businesses and how brands and how advertisers can be more inclusive with regard to people who have disabilities.

Pinterest also revealed insights about men and Gen Zers, two growing audiences on its platform. In fact, male users created 13 million boards in 2020 and saved an average of 20 pins per board -- spanning areas from fashion, music and technology to DIY and travel.