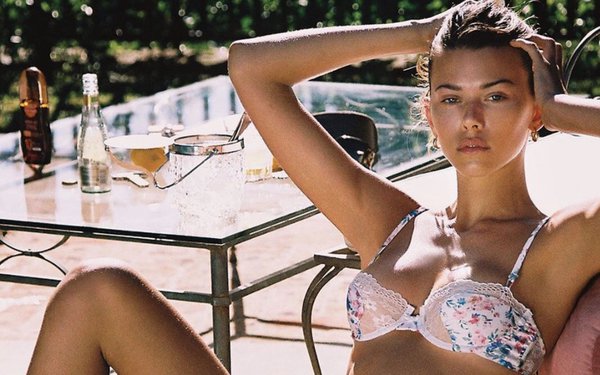 After more than a year of speculation, Leslie Wexner, founder of Victoria’s Secret and head of parent company L Brands, is stepping down from its board of directors.

The storied retail executive, now 83, resigned as chief executive officer a year ago, unable to shake off past connections with sexual predator Jeffrey Epstein.

The Columbus, Ohio-based company says neither Wexner nor his wife, Abigail, would stand for reelection to the company’s board of directors. It named Danielle Lee, the National Basketball Association’s chief fan officer, and Francis Hondal, Mastercard’s president of loyalty and engagement, as new board members.

The move comes at a time when American women are increasingly bypassing the world’s largest lingerie brand. While the pandemic hasn’t been kind to retailers, sharp declines at Victoria's Secret are worse than at its competitors, says Neil Saunders, managing director of GlobalData.

He says the company’s problems started long before COVID-19 hit. In an email to Marketing Daily, Saunders points out that mall-based rivals, such as Aerie, and direct-to-consumer brands, including ThirdLove and AdoreMe,  continue to make gains.

Victoria’s Secret “is not as relevant as it once was and it hasn't quite figured out a way to reinvent itself and reengage with consumers it has lost. The brand has a lot of baggage in terms of its image, and not all of it is favorable. More effort is needed to recast the brand's image and its relationships with consumers.”

Baggage might be a bit of an understatement. Wexner addressed his ties to Epstein, who died by suicide after his arrest in 2019, during a presentation to investors a few months later. Describing his connection to the disgraced financier as “embarrassing,” he said he had cut ties with him more than a decade early.

But while Wexner’s exit may seem like the end of an era, Victoria’s Secret has been challenged for years, as women have increasingly passed on its lacy -- and racy -- undies.

Younger women are more interested in bralettes, preferring unwired comfort. What’s more, they’d rather see them on women that look more like them, and less like Victoria’s Secret’s fabled supermodels.

L Brands, with about 2,600 locations, including VS, Bath & Body Works and PINK, has been struggling to make a comeback. In fourth-quarter results released last month, net sales eked out a small gain, climbing to $4.82 billion for the fourth quarter ended Jan. 30, 2021, compared to net sales of $4.71 billion, on the strength of Bath & Body Works, which rose 22%.

Its profitability improved mightily, rising to $860.3 million. compared to a net loss of $192.3 million last year

But sales at Victoria’s Secret fell 3%, including an 18% decrease in comparable sales results.

A $525 million deal with Sycamore Partners, a buyout company that specializes in rescuing failing retailers, fell apart amid pandemic closures.

Now, the company is in the midst of spinning off Bath & Body Works.