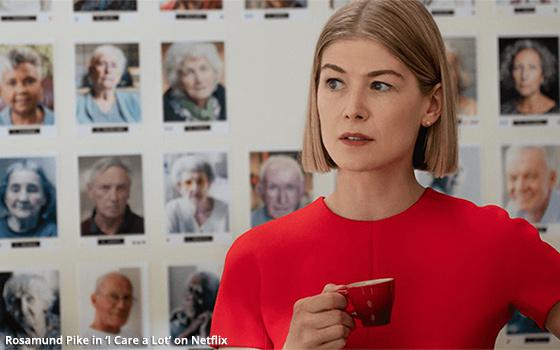 While Netflix still dominates regular weekly streaming viewing in original and acquired TV content, according to Nielsen, Disney+ is making inroads when it comes to movie content in recent weeks.

For the week of February 15-21 -- in terms of total minutes streamed -- Disney+ had five of the top 10 most-watched movies on streaming series, Netflix had four, and Hulu, one.

Even with Disney+'s growing efforts, Netflix had the highest-viewed single movie title, its original “I Care a Lot” -- pulling in 790 million minutes. Far down in second place was Disney+'s “Flora & Ulysses” with 238 million minutes, and “Moana” in third place with 222 million minutes.

Looking at other weekly categories, Netflix still towers over its competitors. In the original TV series category, it commands nine of the top 10 shows, with its best being “Crime Scene: The Vanishing at The Cecil Hotel” earning 806 million minutes. The lone non-Netflix TV series, Disney+’s “Wandavision,” is in third place with 720 million minutes.

Netflix also reigns high in acquired TV series, taking all top 10 spots: “Good Girls” at a giant 1.1 billion minutes in the top spot. The show was the most viewed for any streaming content overall. “Grey’s Anatomy” was next at 892 million minutes.